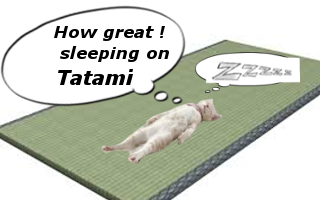 Hi  everyone  how is it going?   Today’s topic is one of “Cool Japan”, “Tatami-mat” (Tatami in Japanese) about which you supposedly have never heard.

Most of modern apartments and condominiums, however, are now equipped with wooden flooring as floors. Certainly it looks as clean as it seems, and cleaning is also easy. 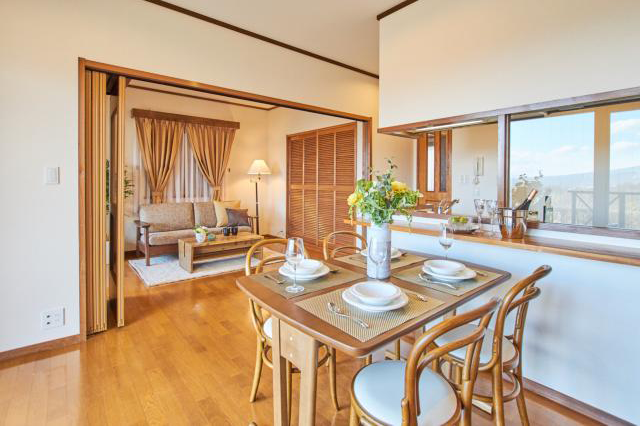 Tatami, old Japanese floor mats have almost rarely seen in newly built houses any more, it’s very sad phenomenon in housing, however, if you go to the rural regions, fortunately there are still many houses using it there.

Because the generation born just after World War II like me, the life on Tatami is long, the life on it is more comfortable.

So I’d like to explain why Tatami life is more pleasant than that of wooden flooring.

A traditional Japanese house, with the sunlight filtering gently through shoji screens and the floor covered with tatami mats. 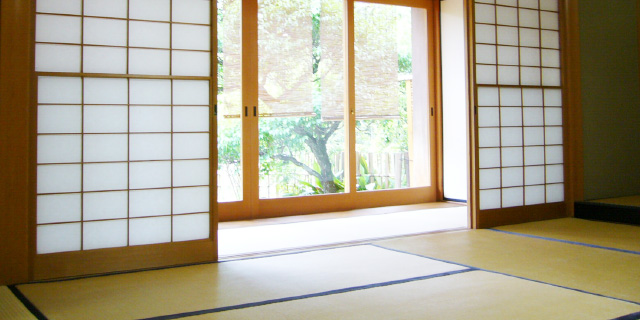 In Japan, people always take off their shoes when entering a house. Feeling the soft but firm texture of tatami-mat evokes the sensation of walking barefoot on the grass.

It is made up of three components, the surface material, known as the tatami-omote, the inner core, tatami-doko, and the border material, tatami-beri. 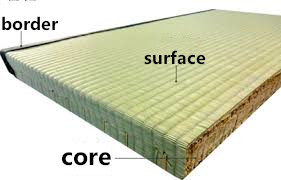 The surface mat is woven from a species of rush, a plant that has been used in Japanese textiles for around 2,000 years.

In the old days, this was done very laboriously like this. Two rushes were woven at a time using a manually-operated loom.

Underneath the surface mat is the inner core of the tatami. It’s about 5.5 centimeters thick.

Traditionally, this is made entirely of rice straw, which offers the perfect degree of firmness, while allowing the air to pass through it.

The final componet is the border material, which binds the core to the surface mat. These borders also serve as a visual accent when the tatami is laid out on the floor.

They are woven from a wide variety of fabrics, such as cotten, linen or silk.

Depending on the direction in which they are laid, it reflects the light differently. This creates panels that appear lighter in some places and darker in others. 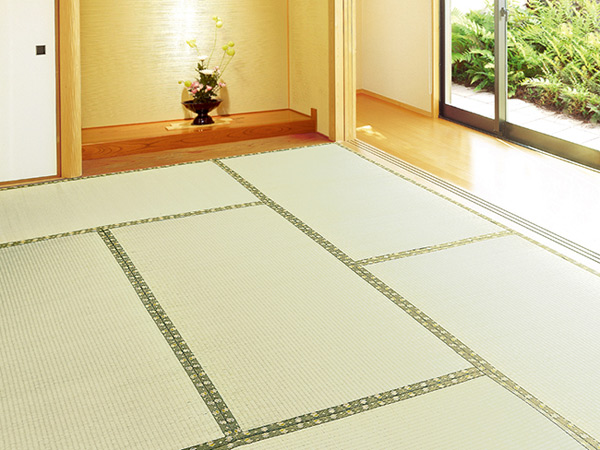 This subtle variation imbues the simplicity of a Japanese room with a sense of depth and visual texture. It plays a vital role in complementing the natural feel of traditional Japanese houses.

It was originally only used as cushions or mattresses. There design and thickness were sometimes used to emphasize the exalted status of those who used them.

Later, when it was being used to cover entire floors, their special characteristics began to influence the way people behaved indoors, especially with the development of the tea ceremony and other cultural pursuits. 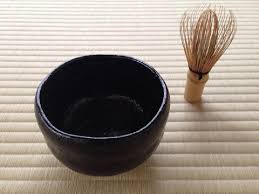 Stepping on the borders came to be considered unrefined, so people began avoiding the edges of them as they walked in them.

The weaving of them also provided precise placements for setting down the utensils used in tea ceremonies.
When offering a bowl of tea to a guest, it should be placed a precise number of stitches away from the edge.

Originally a symbol of power and prestige, they gradually became part of people’s daily lives. At the same time, they have also become closely linked to the strict rules of Japanese formal etiquette. 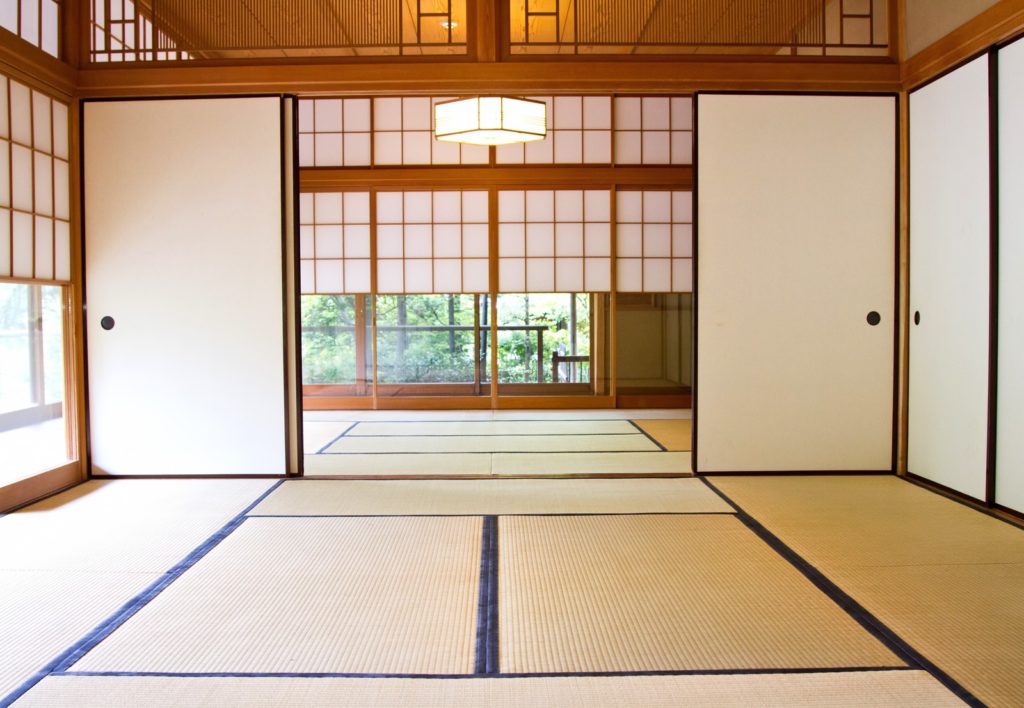 If you have a chance being on Tatami, why don’t you lie on your back with your arms and legs stretched out, just like “spreading eagled style” on Tatami, you can’t beat it when it comes to the wonderfulness.