Hi  Messrs. ＆ Mses. Japanophiles,  how is it going? Today’s theme is ”Rāmen” which has been an international cuisine and typical “Cool Japan” nowadays.

According to the dictionary, it says (in Japanese cuisine) quick-cooking noodles, typically served in a broth with meat and vegetables.

I used to a rāman-lover, however, I havn’t eaten it for nearly 30 years since I’ve become a vegetarian, not a vegan though.

So I’ve looked for rāmen shops for vegetarian whenever I feel like to eating it, and I’ve enjoyed it, so let me talk to you how wonderful food is!

Why is Rāmen so popular with young and old alike?

Long noodles in steaming hot soup. In Japan, just about everyone loves ramen. Its shops can be found nationwide. One bowl costs from about 500 to 1,000 yen.

There are people in Japan who eat it almost every day. Fanatics actually eat not only a serving per day, but also three servings per day, according to gourmets or epicures.

The roots of it lie in China, but rāmen as we know it today developed independently in Japan.

Today, there are rāmen shops all over the country, resulting in tremendous varieties.

Wheat flour is the main ingredient of its noodles. The kind of flour used has a great impact on their flavour and texture.

Each chef has his or her own unique formula, some blend several types of wheat flour, while others mix in the kind of flour used for udon to give the noodles a chewier texture.

To ensure that the noodles will go perfectly with the soup, their thickness and length are carefully calibrated. 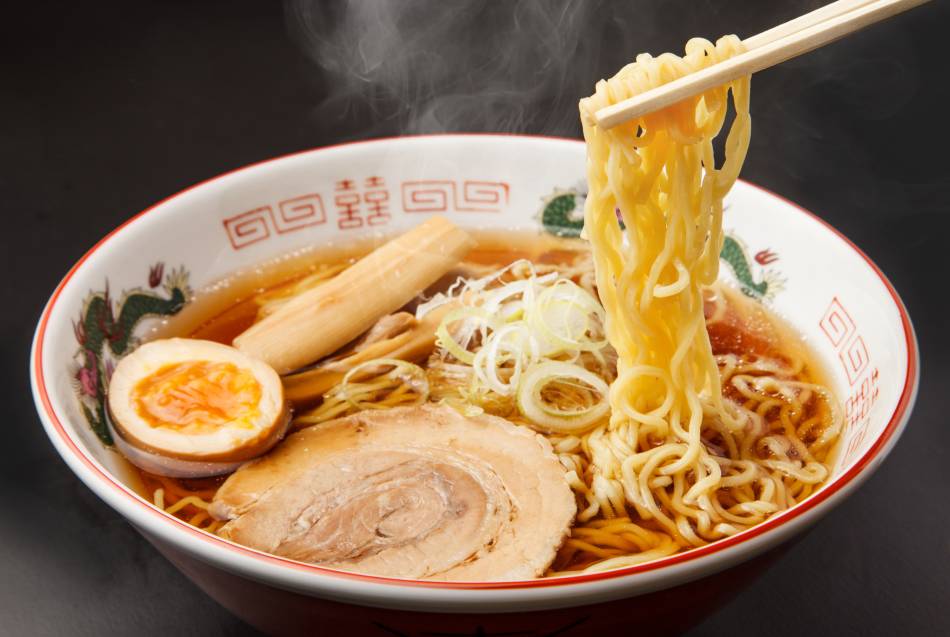 The shop is considered to be the soul of rāmen, and its preparation also involves innovative approaches that vary from one shop to another.

The soup stock is made from a variety of ingredients, such as chicken bones, pig bones and vegetables. Seafood ingredients, including dried sardines, konbu seaweed and dried bonito, are also often used in the broth.

To make the soup, the stock is seasoned with a special base made from soy sauce, miso or salt.

The diverse and distinctive varieties are sustained by the commitment of each chef.

In Japan, there’s another major style of rāmen. Invented in 1958, it’s instant rāmen. It was so original and convenient that it soon became a huge hit. 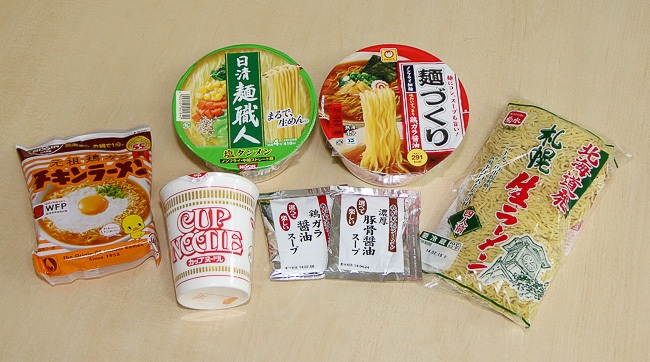 Today, 90 billion servings of instant are consumed each year around the world. It is now a global phenomenon, and it all started from the efforts and passion of people in Japan, the “Rāmen Nation”.

So shall we have a bowl of rāmen?

At the end, “Soba” and “Udon“, both of which are indispensable foods in Japan to visit, thanks 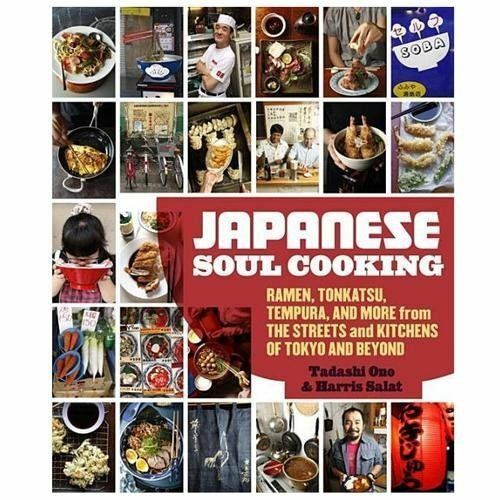