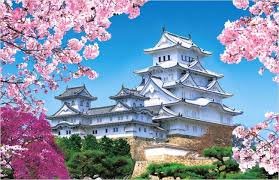 Japanese castles were originally military fortifications designed to provide protection against enemy attack. With the rise of feudalism, however, they became distinctive architectural forms serving a both palatial residence and seat of military and political power of feudal barons.

In the Edo period, they say that the numbers of castles including without castle tower throughout the country were over 25,000 at the maximum, and around 150 with donjon but almost all the castles were destroyed by civil wars and World War Two.

Nowadays, there are a little over sixty active castles throughout the country, and 6 castles are designated as national treasure.

Now I’d like to introduce one of the most attractive and popular castle, that is Himeji Castle and another name Shirasagi (heron) Castle which is naturally a National Treasure and in 1993 it was placed on the UNESCO World Cultural Heritage List.

Because of its striking beauty and elegance, it’s popularly known as the White Heron Castle whose name originates from simply white-color of whole castle view among other reasons. But in fact it was designed as an impregnable fortress. 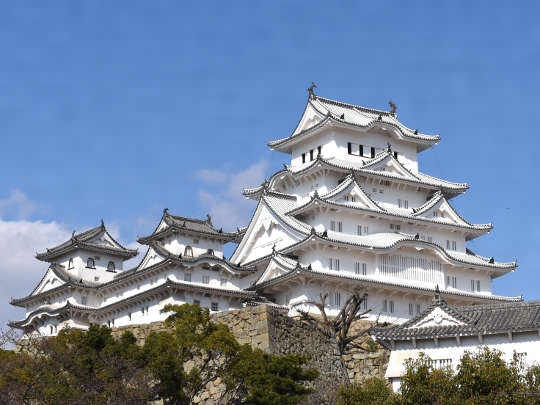 The entire castle is protected by massive walls of stone. The individual stones of all sizes are fitted together with superb skill.

Their height and angle were carefully worked out, to repel attacking forces and to make it as hard as possible for them to scale the walls. 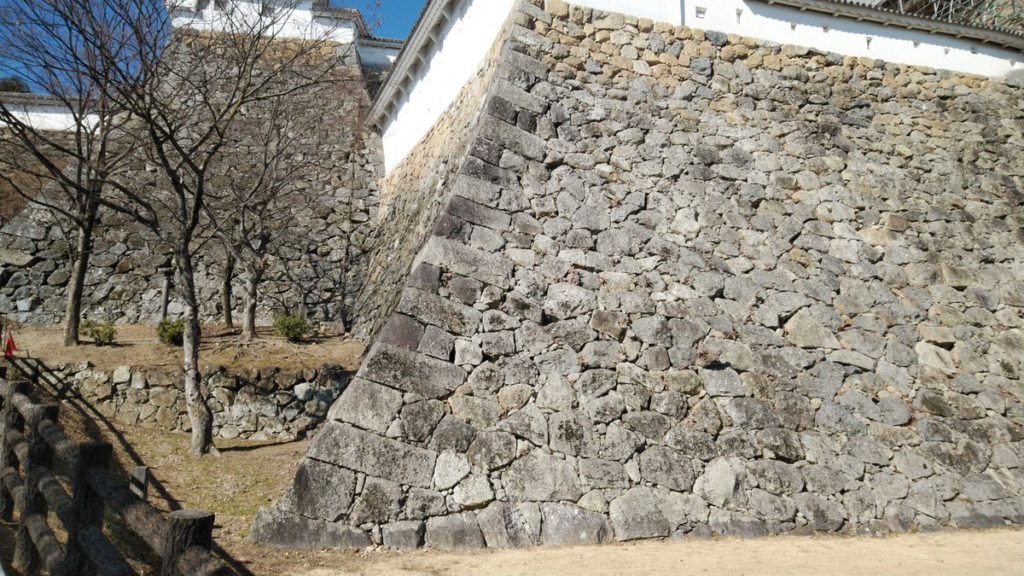 Any attackers that did manage to get inside the castle would have to make various detours before they could finally reach the main gate.

Defending troops would be stationed at slit-like gaps in the walls. The soldiers posted at these openings could aim at the enemy with their bows and arrows or firearms. 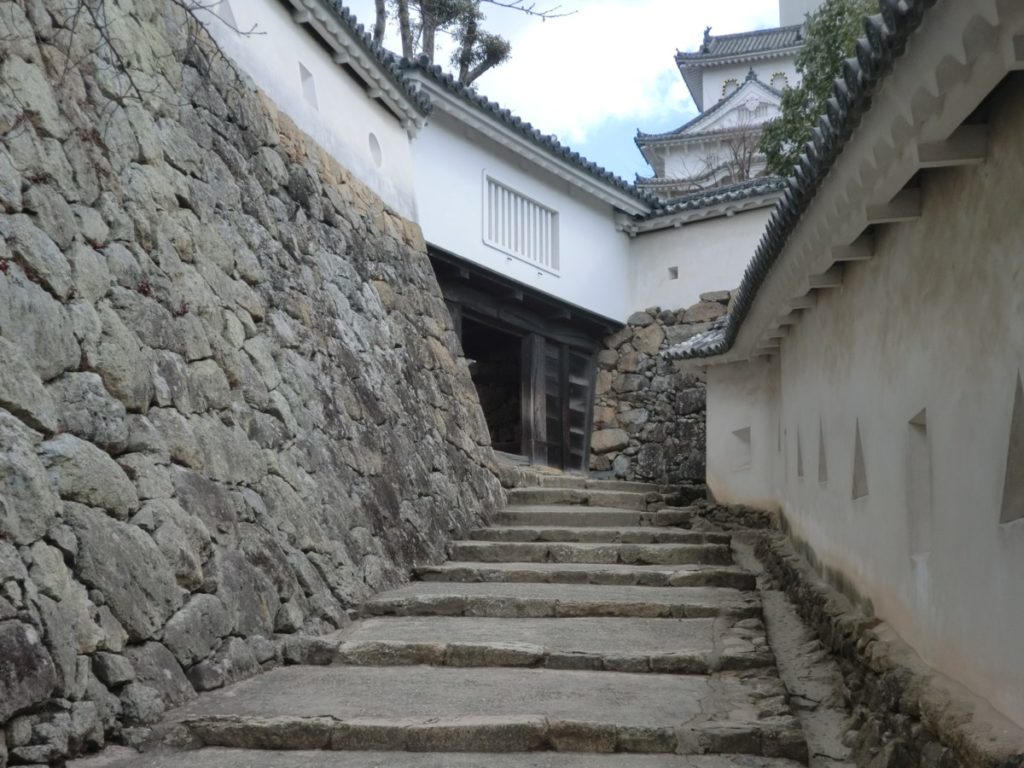 The path leading to the base of the donjon tower is narrow and winding, and also runs uphill. As the crow flies, the distance from the first gate to the tower is just 130 meters. However, attackers trying to reach it would have to climb a route at least three times longer. 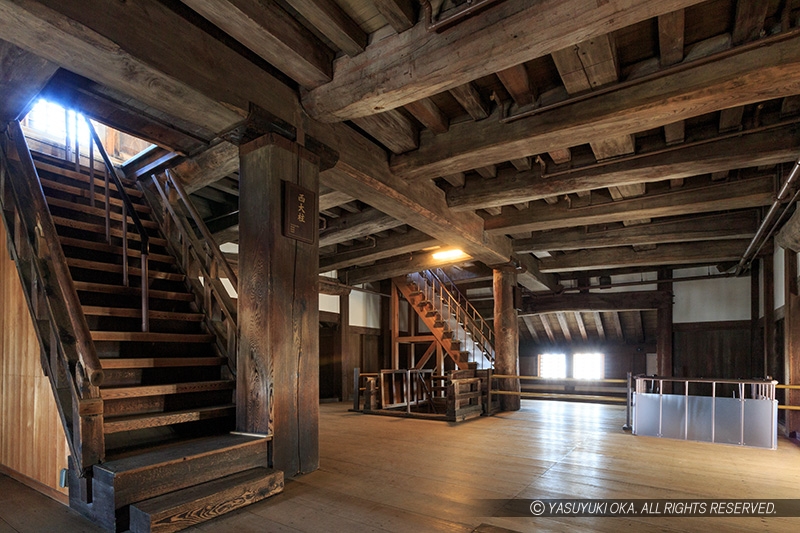 The path veers sharply to the left, making the donjon seem a long way behind, instead of being in front. This would confuse the attackers, leaving them exhausted and demoralized.

Most of the great Japanese castles were built during a time span of only about 50 years, starting in the second half of the 16th century, towards the end of the period of civil war. They were surrounded by massive walls of stone and were virtually impregnable. 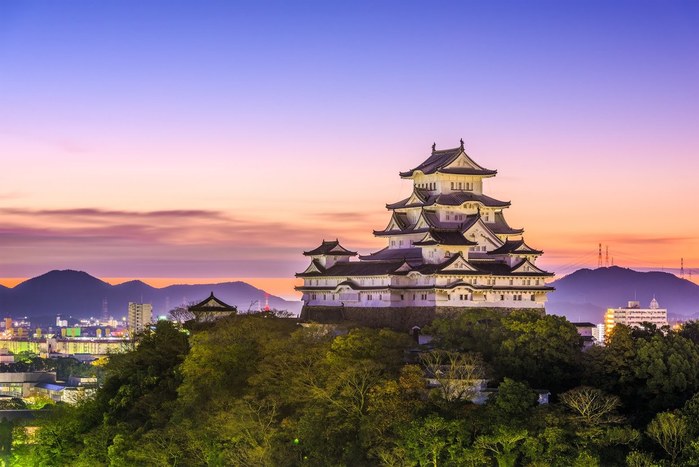 From the early 17th century, a long period of peace was established. The casles were no longer used as military fortresses, and the role of the donjons was greatly diminished.

Over the centuries, many of the once magnificent donjons were destroyed and those that survived fell into ruin.

Why is there a shrine inside the donjon?

There was a legend that a goddess lived in hiding in the donjon and the lord of the castle who built this castle was cursed and killed.

The goddess named Osakabe-hime(princess) was there and after the first owner’s death and his sons too were dead, she appeared once a year to meet the owner of the castle who was newly appointed, asking who’s owner of this castle?

Then, if they replied “This is not mine, not my castle”, they could survive. This was because, before building the castle, there was a shrine named “Osakabe Jinjya“(shrine) and it was forcefully moved to some other place.

From that, there was the legend that it was the curse. 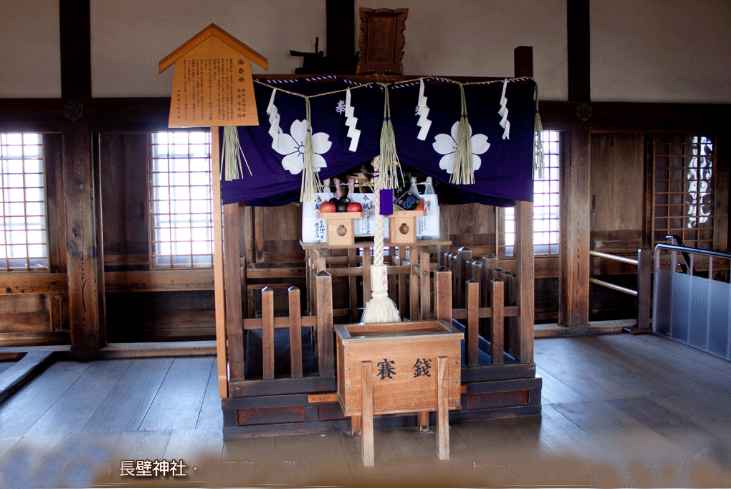 There is a shrine dedicated to a deity of landowner in the donjon of Himeji Castle.

What is the current situation in the castle?

After World War Ⅱ, however, many cities began repairing or reconstructing their castles. They were anxious to keep alive their history as castle towns and also to create tourist attractions. There was a boom in rebuilding the old structures.

No fewer than 36 of the capital cities of Japan’s 47 prefectures were originally castle towns. Today, their castles are popular sighseeing attractions, drawing numerous visitors all year round. 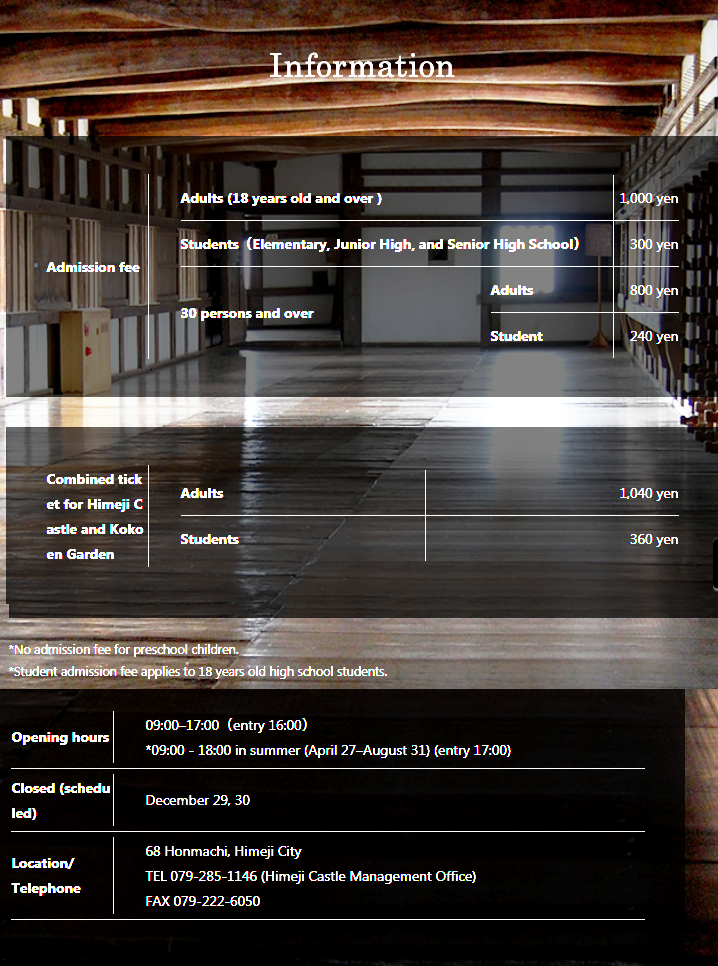 Finally, I absolutely recommend you that you should see it once as it would be well worth visiting. 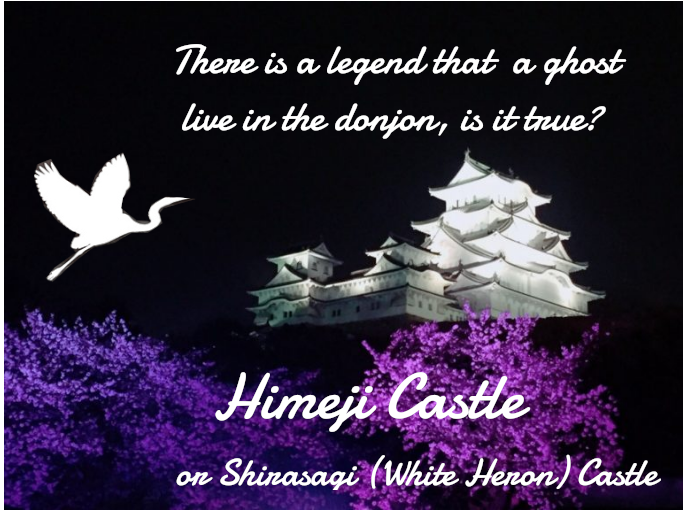