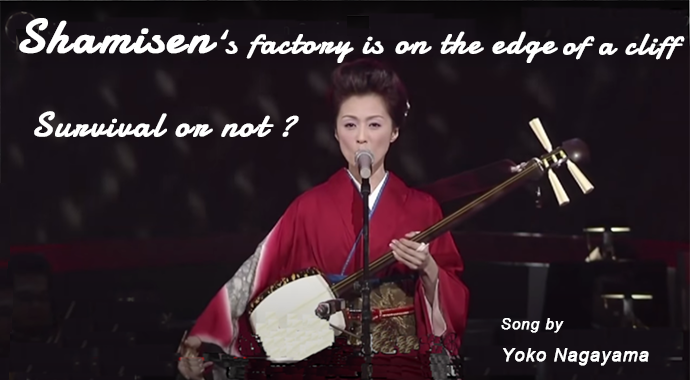 Hello how are you?  Messrs. ＆ Mses. Japanophiles,   Today’s topic is “Shamisen“(a three-stringed Japanese lute) which is one of the best-known traditional Japanese musical instruments derived from the Chinese instrument sanxian. 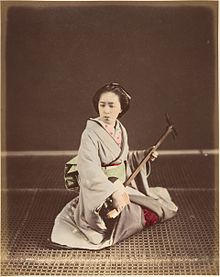 It has three strings and is played with a plectrum called a bachi. 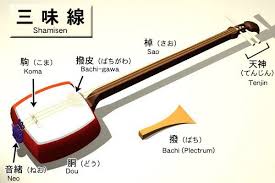 The body is made of wood and animal skin.  Shamisen that use cat skin are reputed to sound the best.

It is a plucked stringed instrument. Its construction follows a model similar to that of a guitar or a banjo, with a neck and strings stretched across a resonating body.

The body, called “do”, resembles a drum, having a hollow body that is covered front and back with skin, in the manner of a banjo. The skin used depends on the genre of music and the skill of the player.

The neck has no frets, so players can place their fingers anywhere on the strings. 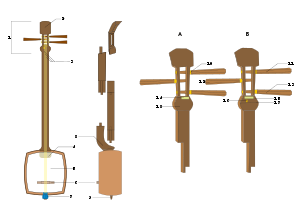 One of the most famous uses of the futozao shamisen is Tsugaru-jamisen, a genre of shamisen music developed in Aomori Prefecture.   The futozao is ideal for playing this kind of powerful music.

The history of it began about 500 years ago when its ancestor , the sanshin, was introduced to Japan from China  through the Ryukyu Kindgdom (now Okinawa).

The body of the sanshin was covered with snakeskin.  However, that type of snakeskin was not avilable in Japan, so cat skin was used instead to create Japan’s own version of the instrument-the shamisen. 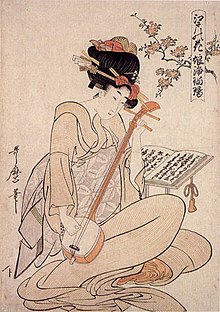 But nowadays,  use of these skins gradually fell out of favor starting around 2006 due to social stigma and the decline of workers skilled in preparing these particular skins.

Contemporary its skins are often prepared with synthetic materials, such as plastic.

In the 17th century, it started to be used to provide musical accompaniment to Kabuki.  Later, many ordinary people started taking shamisen lessons.

Most of them can be taken apart, which means they are easy to carry around and can be played anywhere.  It’s thanks to these qualities that it became a familiar part of Japanese life.

The distinctive timbre of it is created by a special mechanism called sawari.   Unlike the two other strings, the thickest string does not rest on the nut.

It’s positioned in such a way that it only slightly touches the surface of the neck.  This allows the string to make a unique buzzing sound.

Although it sounds somewhat distorted and unclean, that’s the say it’s meant to sound.

It’s very different from Western instruments, which are valued for the purity of their tone.

Producing a complex timbre, Japanese lute is an instrument that resonates deeply with the Japanese.

So let’s enjoy the Shamisen to the following video, 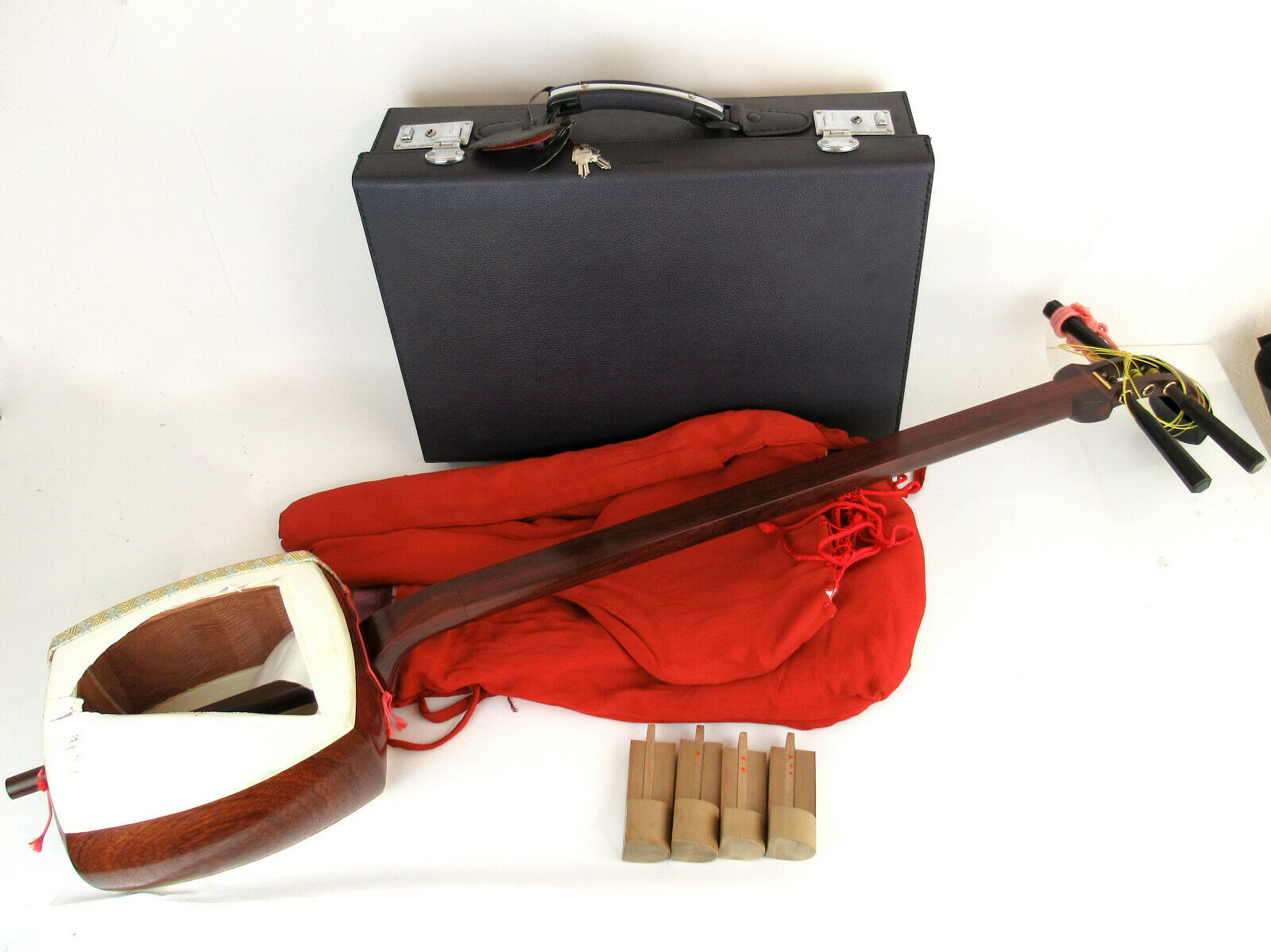 It’s awfully sorry to inform you that Tokyo Japanese Musical Instruments Co., Ltd., the largest manufacturer of shamisen which is one of traditional Japanese musical instrument, will go out of business in August 2020.

In addition to the recent slump in demand and the consumption tax hike in October last year, the impact of the new coronavirus has had a negative impact.

Founded in 1885 in Fukagawa, Tokyo as a privately owned business. After that, it became a company organization in Suginami Ward and started in 2002 as “Tokyo Wagakki(Japanese traditional musical instrument)”.

We have manufactured and repaired various types of shamisen according to the application and the field of music, using the original machine to make the body and the rod, and the fine handwork of craftsmen.

Zero orders in April, May, and June

Orders were zero in April and May, and June. Originally it was tough, but he decided to close the business because of this,” said the head of the compnay, Katsuhiro Otaki (80).

In the workshop where 135 machines were gathered, craftsmen were silently performing the process of cutting the timber that forms the trunk. With high technology, it has been trusted by professionals, hobbyists and retailers.

According to a survey conducted by the National Federation of Japanese Musical Instruments Associations, the number of domestically manufactured shamisen manufactured in 1970 was 14,500, but it continued to decrease, and in 2017, it decreased to less than 1/10, 1200.

The company has manufactured about 800 a year more than 10 years ago, but has recently decreased to 400-500.

Last but not least, shall we enjoy the superb sound of shamisen and a beauty singer, Yoko Nagayam;

Article update (July 6, 2020) : Voices wishing for survival、 one after another

Hi how are you, Messrs. ＆ Mses. Japanophiles, I’d like to report to you the latest news about closing Shamisen factory next month

With the news of the closure in next month of Tokyo Japanese Musical Instruments Co., Ltd., the largest manufacturer of shamisen which is one of traditional Japanese musical instrument, Shamisen fans and industry representatives from all over the country have voiced their continued existence.

Mr.Motohide Ito, a representative of the Shamisen speciality shop nearby the Kabuki theater in Tokyo says that there are no one who don’t know the said maker in the industry and not only him, but also the whole industry was pretty shocked to hear the news.

Although the day of business closure is imminent, the company has received calls from owners, enthusiasts, groups, and organizations in Tokyo and Osaka, “Do not turn off the lights of traditional performing arts,” “I want to protect the shamisen,” and said, “I want to help.“

The wife of the representative director of the maker hopes the continuance, saying, “The future of the shamisen is by no means bright, but if you have an understanding of traditional performing arts.”

Finally, I entrust strongly too my hopes for reconstruct. 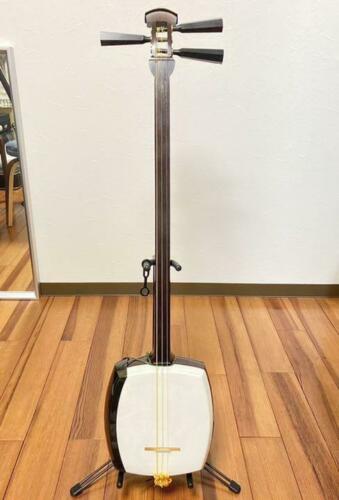