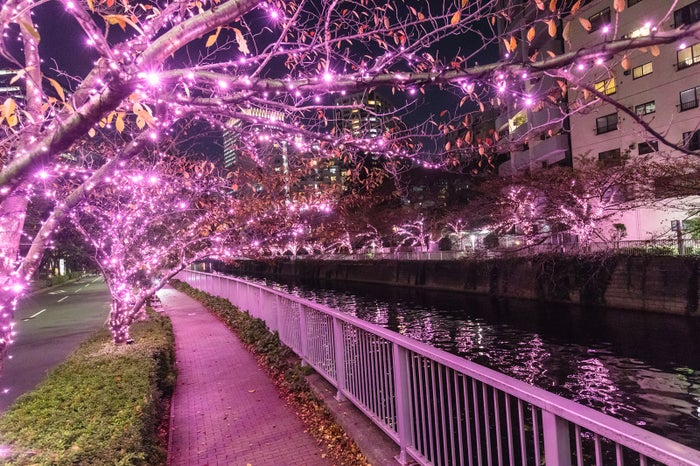 Good evening everyone, how is it going? Tonight, I’d like to take you to the winter cherry blossom illuminated by LED generated by waste edible oil starting from Nov 8, 2019 to Jan 5, 2020 from 5pm to 10pm everynight.

Let’s start, first of all, watching the video the winter cherry blossom of which was taken on the same day of November 2018.

Cherry blossom in full bloom in spring every year at Meguro River is one of the most popular spots in Tokyo, along with Ueno Park. 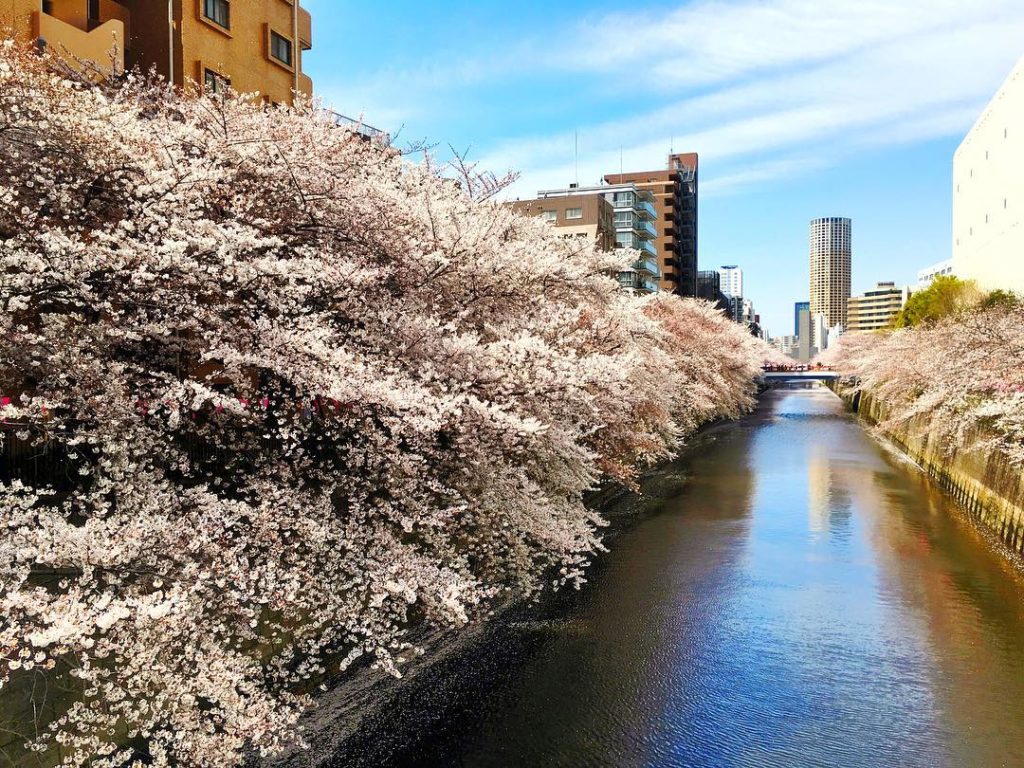 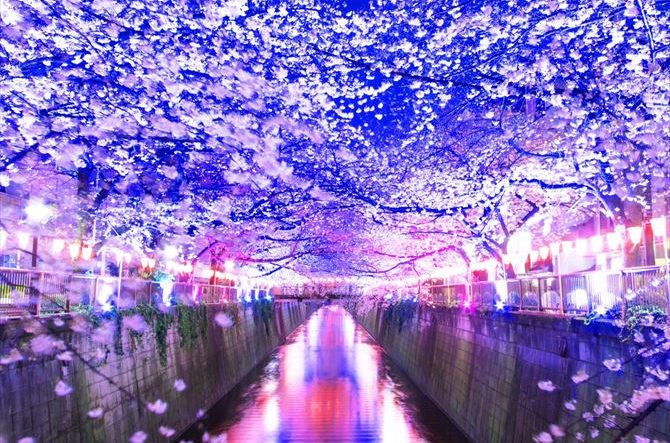 Both daytime and night from cruise

A winter feature that makes the most of the city’s landscape resources, starting with the desire to “keep together the love of the city and pride”.

For power generation, only biodiesel fuel refined from used cooking oil collected from households and restaurants around the venue is used.

Continuing from last year, this year’s event will be held at the same time in the area hosted by Shinagawa Wardand you can enjoy a tree-lined road with a total length of about 2.2 km and 415,800 balls that will dazzle your eyes.

Enjoyment of view from cruise

You can enjoy the night view from cruise and here’s further information as follows, 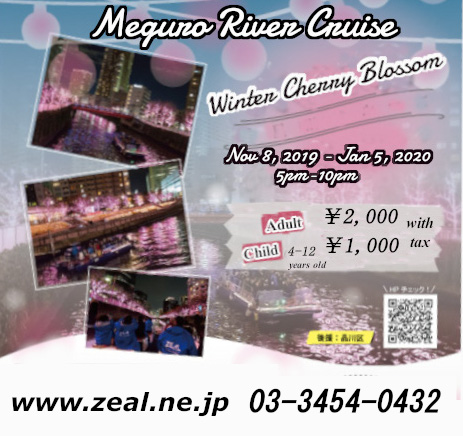 Access to the row of cherry trees of Meguro river

From Meguro Station, Gotanda Station, and Osaki Station of JR Yamanote Line, about 5-10 minutes on foot as below.

As you can imagine how much electricity needs to lit up 415,800 balls of cherry-colored LEDs for illumination but they use only biodiesel fuel purified from used edible oil recovered from homes and restaurants around the host area, hence they don’t need at all the electricity from the Power Plant. 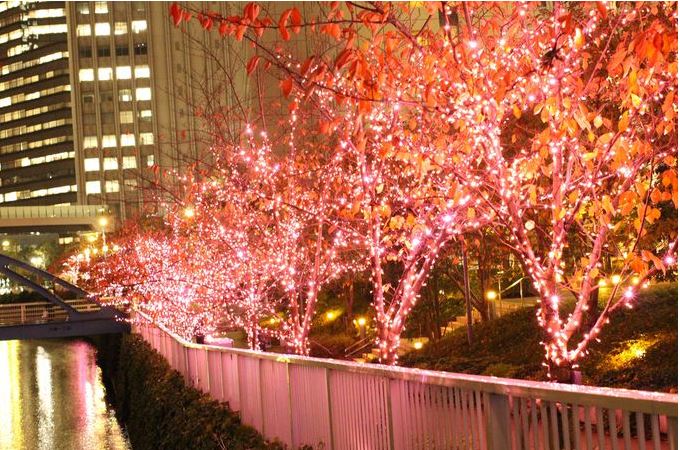 Biodiesel is a drop-in biofuel and thus meant to be used in standard diesel engines and is thus distinct from the vegetable and waste oils used to fuel converted diesel engines.

Biodiesel can be used alone, or blended with petrodiesel in any proportions. Biodiesel blends can also be used as heating oil.

The National Biodiesel Board (USA) defines “biodiesel” as a mono-alkyl ester. And since the passage of the Energy Policy Act of 2005, biodiesel use has been increasing in the United States.

In the UK, the Renewable Transport Fuel Obligation obliges suppliers to include 5% renewable fuel in all transport fuel sold in the UK by 2010. For road diesel, this effectively means 5% biodiesel

Besides a heating oil, Biodiesel has been used now Vehicular and manufacturer, Railway, Aircraft, and Cleaning oil spills and so on.

In 2001, UC Riverside installed a 6-megawatt backup power system that is entirely fueled by biodiesel. Backup diesel-fueled generators allow companies to avoid damaging blackouts of critical operations at the expense of high pollution and emission rates.

By using B100, these generators were able to essentially eliminate the byproducts that result in smog, ozone, and sulfur emissions.

The use of these generators in residential areas around schools, hospitals, and the general public result in substantial reductions in poisonous carbon monoxide and particulate matter. 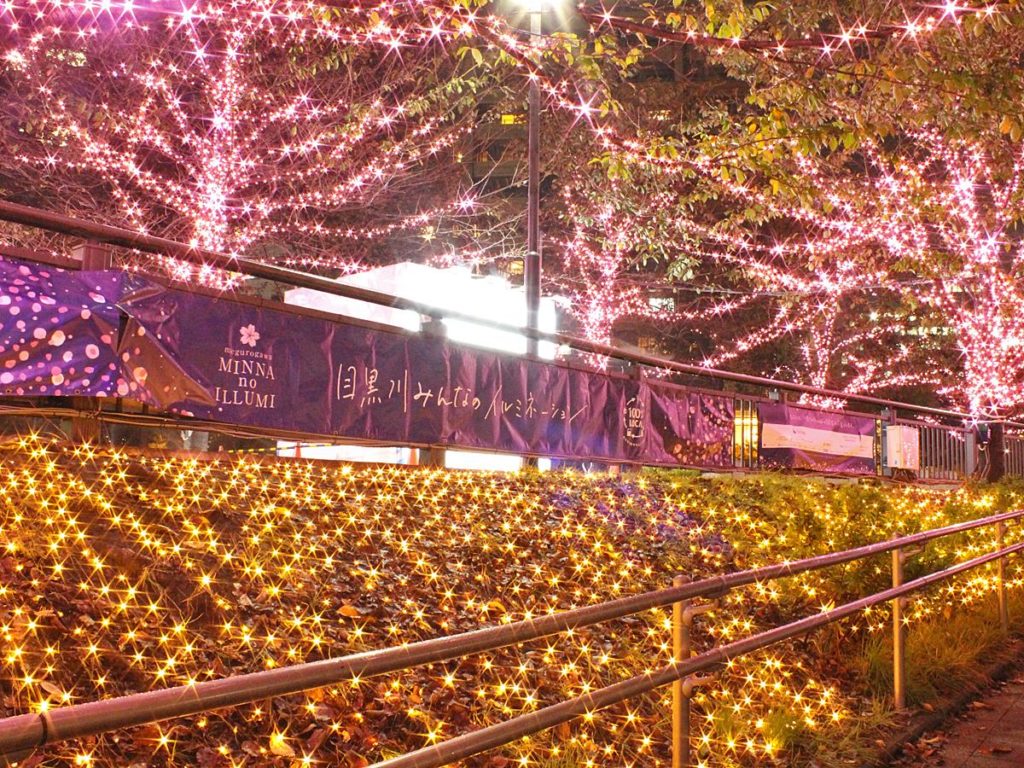 Last but not least, we have “Ohana-Mi (Cherry Blossom Viewing)” and “Sakura (cherry) to evoke a feel of the transience of life” that are well worth visiting, thanks