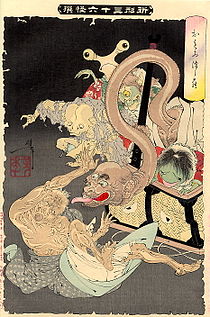 It’s awfully hot and humid these days in August 2019, how are you?  Even on such hot days, today is the topic of scary “Yōkai (ghost)” that your veins might be thrilled.

Yōkai is an unusual and unscientific existence with unusual power that causes abnormal phenomena or a phenomenon with a bizarre exceeding human understanding in private faith that has been passed down for years in Japan. 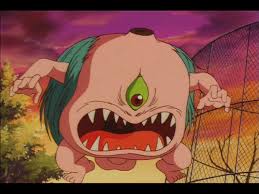 A creature with eyes not double eyes on its face but only one, or a long-necked monster with a tongue that moves like a snake, known as yōkai, these characters have been part of Japanese folklore for centuries. 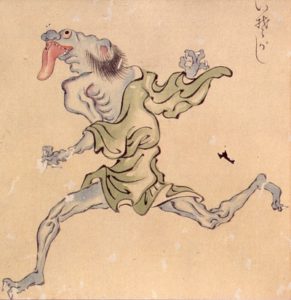 Yōkai (ghost, phantom, strange apparition) are a class of supernatural monsters, spirits, and demons in Japanese folklore. Yōkai range diversely from the malevolent to the mischievous, or occasionally bring good fortune to those who encounter them、but in most part, grotesque imaginary creatures that make trouble for human beings.

Yōkai usually have spiritual or supernatural abilities, with shapeshifting being the most common. Yōkai that shapeshift are called bakemono/obake.

Japanese folklorists and historians explain yōkai as personifications of “supernatural or unaccountable phenomena to their informants”. 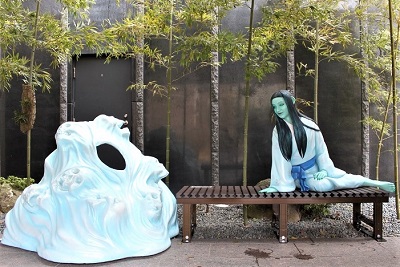 One of the best-known types of yōkai is the kappa-a water sprite with a saucer-like depression on the top of its head. Kappa are believed to live in marshes and rivers, and they love to wrestle with children.

But kappa have a violent side, too. It’s said that they sometimes drag children into the water. 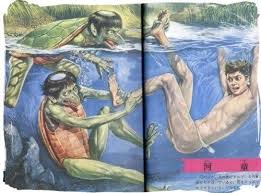 The Japanese used to blame water-related accidents and other natureal calamities on yōkai.

There are also yōkai based on household items. These picture scrolls from the 16th century tell the story of how these yōkai came into existence.

It goes like this; A major cleaning session is held at a big mansion, and many old household items are thrown out. The discarded items get together and discuss how they can get back at their former owners. Ultimately, they turn into yokai and start attacking them.

At that time, the Japanese believed that every inaminate object had its own spirit and would cause bad things to happen to anyone who didn’t take good care of it. Stories about yōkai sometimes served as a warning to people to be more respectful to the things they use. 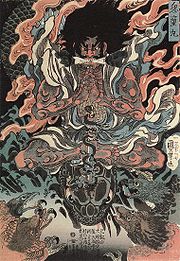 Around 200 years ago, during the late Edo period, the role of yōkai changed and they became a source of amusement.In the Edo period, many artists, such as Toriyama Sekienō, invented new yōkai taking inspiration from folk tales or purely from their own imagination.

Today, several such fabricated yōkai (e.g. Kameosa and Amikiri, see below) are commonly mistaken to originate in more traditional folklore.

Here’s a pack of cards used for a children’s game. Each card features some kind of funny-looking yōkai. 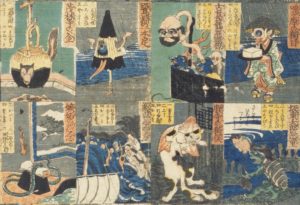 And the theme of this traditional board game is also yōkai. People began to see yōkai as amusing characters, and many famous ukiyo-e artists started depicting them.

The Japanese have always had a certain fear of nature, but they have also felt an affinity with it. Scary but at the same time oddly likeable, yōkai perhaps embody the Japanese way of seeing the world.

The summer of 2018, scorching heat summer has mercilessly attacked us throughout the country. This is the fact that many people, mostly aged people died of fierce heat stroke.

In summertime, we have a habit of enjoying festivals, fireworks and haunted house. So I’d like to introduce some of them in Tokyo and Osaka areas. 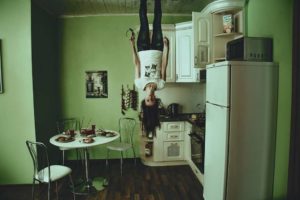 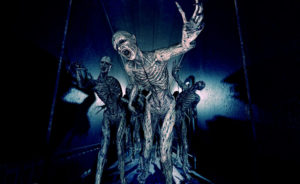 Have fun to your heart, forgetting terrible hot and humid Japan!

Finally, we have another related blog “A rare, quaint custom of funeral with a triangular white bandage” to be browsed, thanks