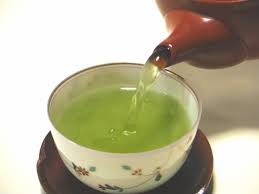 Hello  Messrs. ＆ Mses. Japanophiles,  how are you?   Today’s topic is one of “Cool Japan” item, “Ocha” (Japanese green tea) which has been becoming more popular all over the world today.

Who do you think a non-native missionary and instructor for Ocha ?

If so, it is embarrassing for me as a Japanese who does not know much about it, actually.

Non-native Japanese tea instructor?  that’s Mr. Oscar Brekell, born in Sweden in 1985 and when he was a high-school days, he has interested in Japanese tea accidentally.

When he had the tea, Ocha for the first time, however, he felt “unpleasant taste and exceedingly bitter and sharp astringent.

But in drinking and drinking repeatedly, he has started growing to love it and that prompted him to come to Japan in order to learn green tea.

He learned how to make tea from picking tea leaves to brewing at the tea manufacture in Shizuoka prefecture where is well-known as one of main tea producing areas in Japan. 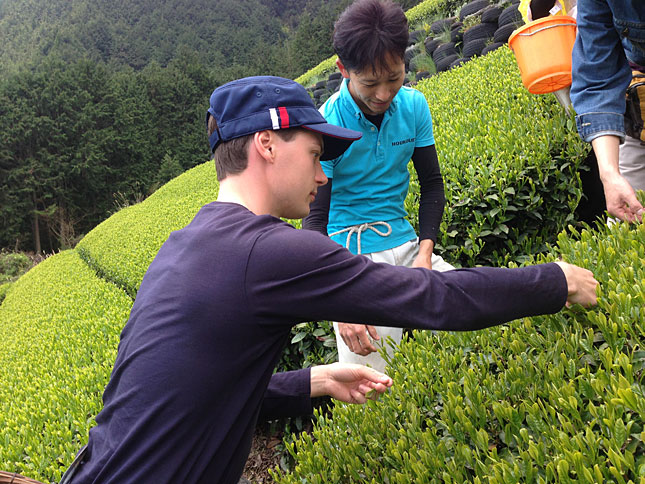 In 2010 he came to Japan to enter a university and got a job of Japanese company in 2013 after graduation of the university.

And in 2014 he passed an exam for a qualified tea instructor and in 2016 he passed another exam of tea rolled by hand over a dryer.

He is now a member of the Export Promotion council for Japanese Tea, the name of which implies that he’s engaged busily in promotional, educational activities for Japanese green tea not only in Japan but also in Sweden. 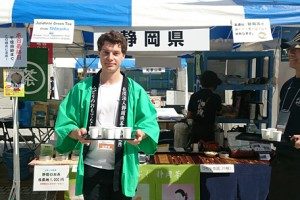 For a long time, Japanese people have consumed green tea to accompany their cuisine, which relies heavily on seafood.

It is said that Japanese people have naturally understood the protective properties of drinking Ocha while eating sushi. The anti-bacterial properties of green tea catechins have now been scientifically demonstrated.

It has been announced at academic conferences throughout the world that Ocha helps prevent cancer.

In the United States, The University of Texas M.D. Anderson Cancer Center is conducting research into green tea’s cancer inhibiting properties, and the results of this research should be revealed in the near future.

Focusing on the properties of green tea, science is gradually proving the knowledge of our ancestors regarding the medicinal properties of tea.

Ocha is an aromatic beverage commonly prepared by pouring hot or boiling water over cured leaves of the Camellia sinensis, an evergreen shrub (bush) native to Asia. 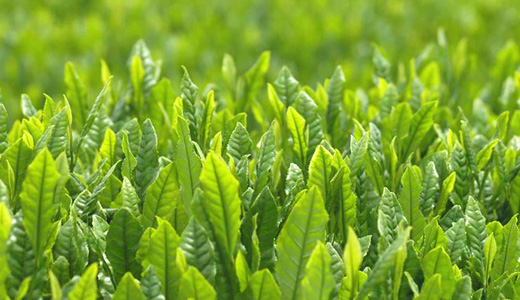 After water, it is the most widely consumed drink in the world. There are many different types of tea; some, like Darjeeling and Chinese greens, have a cooling, slightly bitter, and astringent flavour, while others have vastly different profiles that include sweet, nutty, floral or grassy notes.

Tea originated in Southwest China, where it was used as a medicinal drink. It was popularized as a recreational drink during the Chinese Tang dynasty, and tea drinking spread to other East Asian countries.

Portuguese priests and merchants introduced it to Europe during the 16th century. During the 17th century, drinking tea became fashionable among Britons, who started large-scale production and commercialization of the plant in India to bypass the Chinese monopoly.

The term herbal tea refers to drinks not made from Camellia sinensis: infusions of fruit, leaves, or other parts of the plant, such as steeps of rosehip, chamomile, or rooibos.

These are sometimes called tisanes or herbal infusions to prevent confusion with tea made from the tea plant as shown below.

We have various many kinds of、so-called “tea”,  such as Black tea,  Green tea,  Flowering tea,  Oolong tea,  and Pu-erh tea, and so on in the world, however, today  I’d like to focus on Green tea that is  most Japanese have a habit of drinking the green tea, Ocha everytime we take meals for some purposes, one of which is for relaxation and other is good for health.

Green tea is a type of tea that is made from Camellia sinensis leaves that have not undergone the same withering and oxidation process used to make oolong teas and black teas.

Green tea originated in China, but its production and manufacture has spread to many other countries in Asia.

Four major varieties of green tea are Sencha , shown below image (medium-grade green leaf tea) which are most drank for the Japanese people. 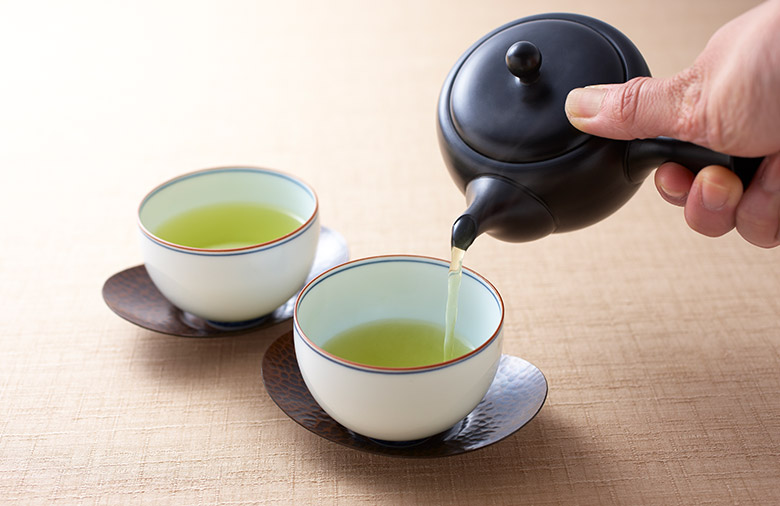 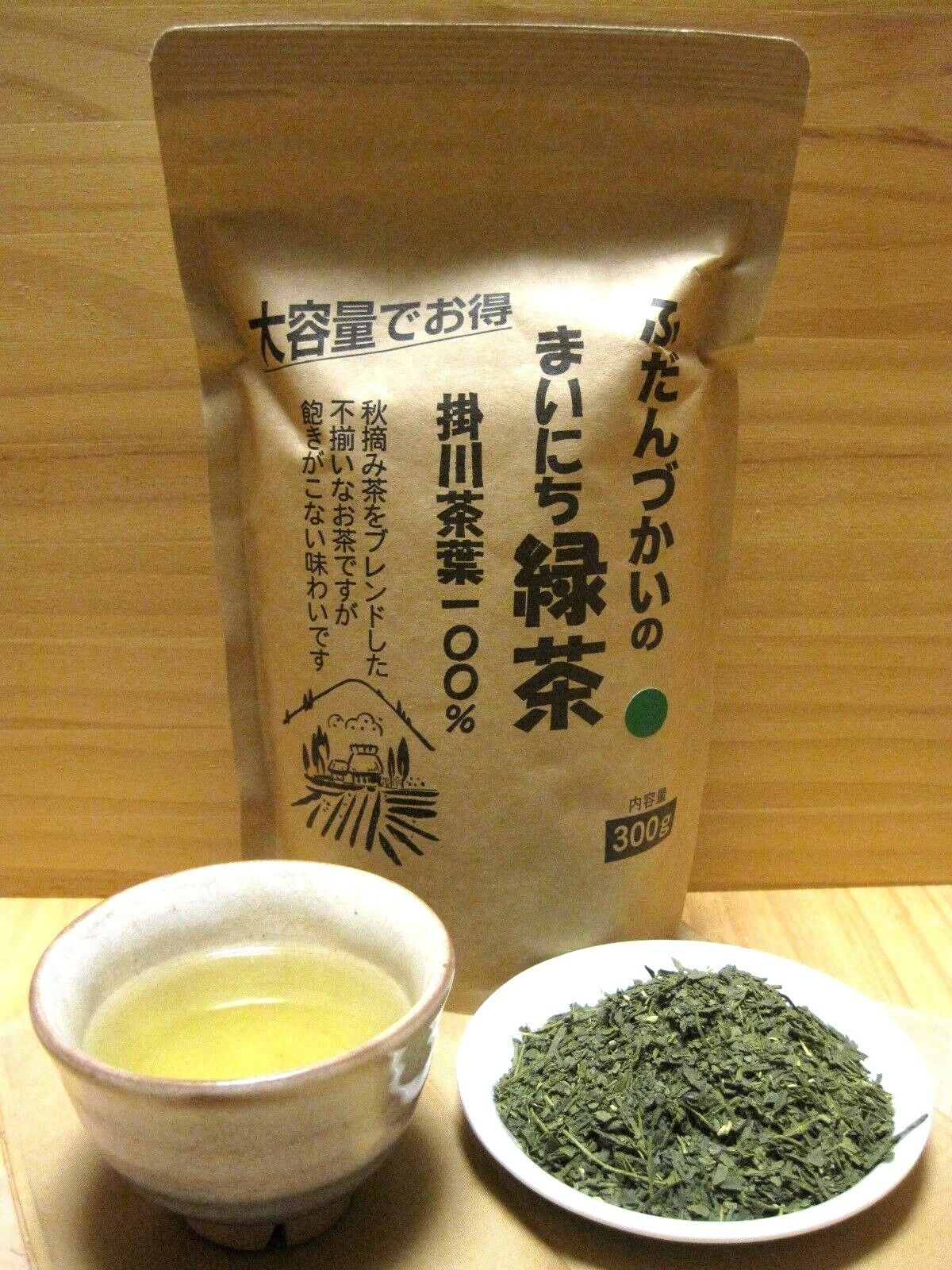 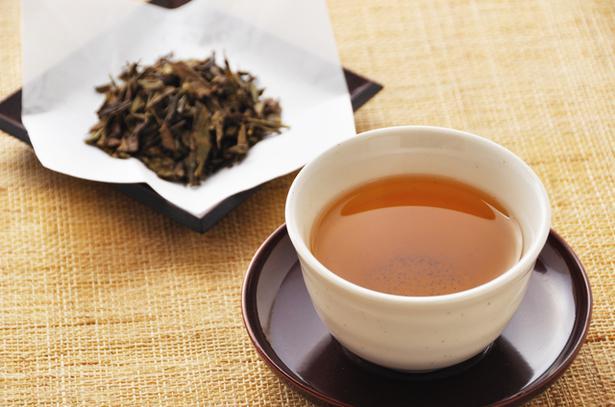 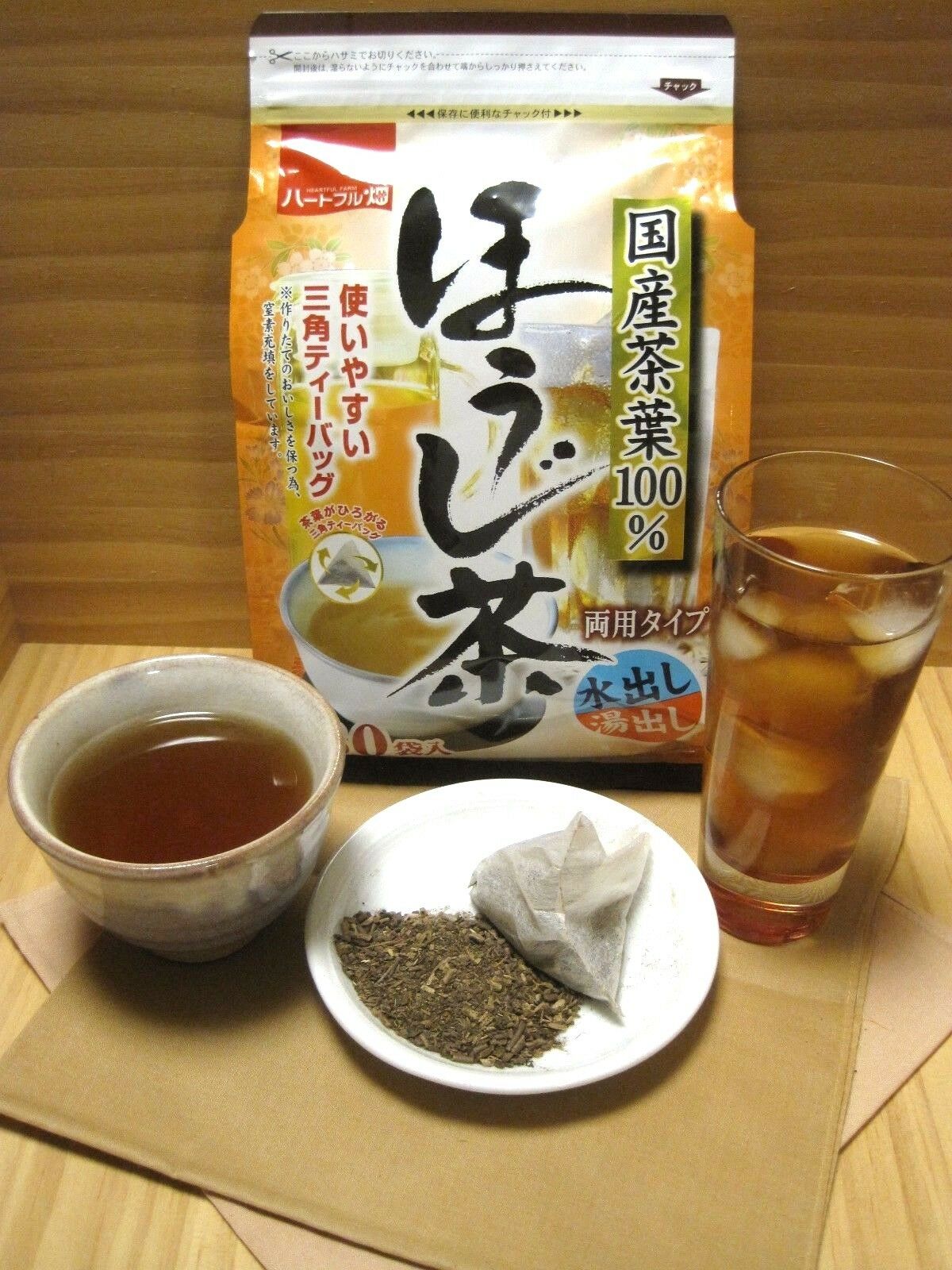 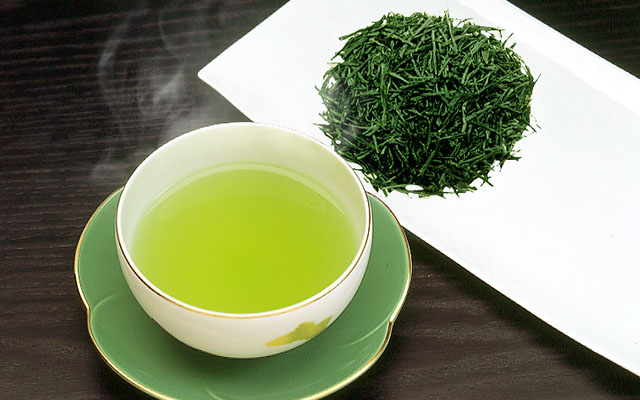 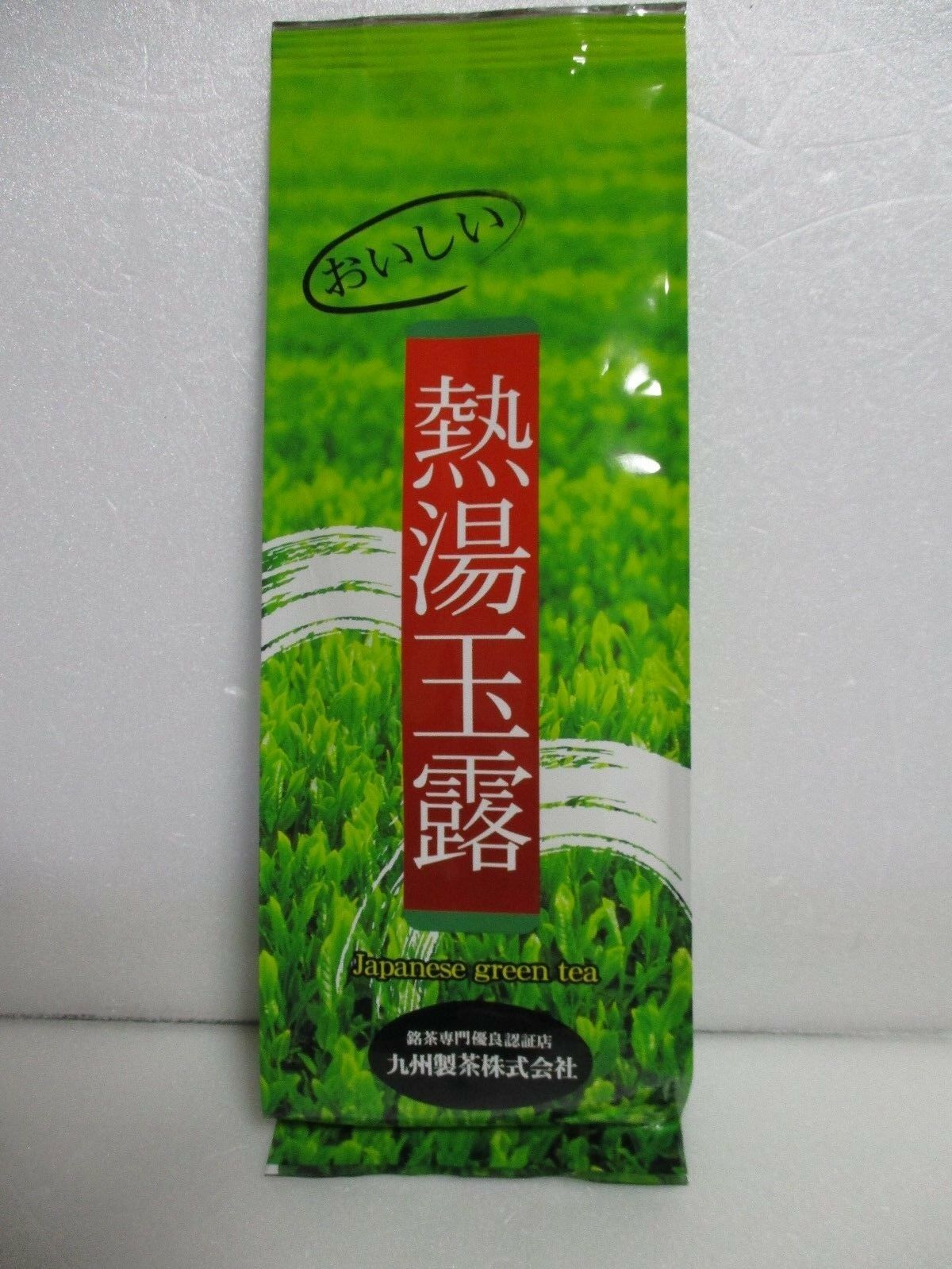 Now I’d like to talk about Maccha this time. 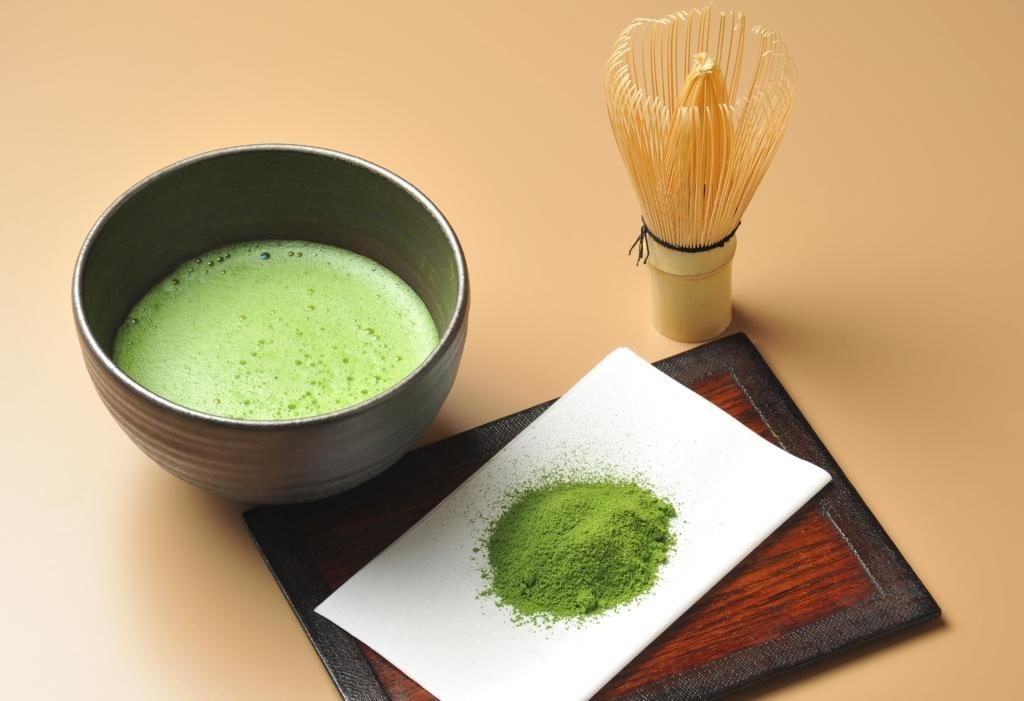 A millstone turns gently, slowly emitting a fine green powder. This is a form of tea known as maccha that has been drunk in Japan for over 800 years.

Like other kinds of Japanese tea, maccha is made from the dried leaves of the tea plant.

However, in the case of maccha, the leaves are ground to a fine powder. The way it’s served is very different, too. 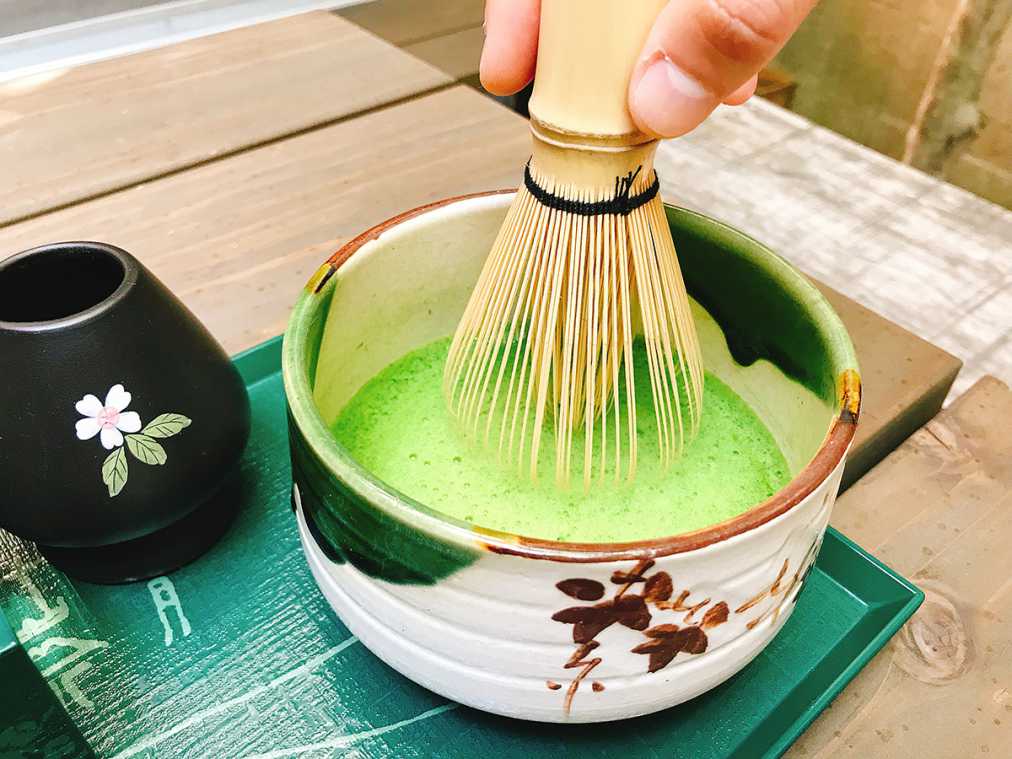 To prepare ordinary Ocha , hot water is simply poured over the leaves in a teapot. The tea is infused and then poured out. The leaves remain in the pot, so they’re not directly consumed.

Now let’t see how maccha is prepared in the tea ceremony. A teapot is not used. Instead, the powdered tea is placed directly in the bowl from which it will be drunk. Hot water is added, using a bamboo scoop.

Then it is whisked briskly, using a special tea whisk, also made from bamboo. Once the tea is properly mixed with the water, it’s ready to be drunk.

The start of the tea harvest is in April or May, depending on the region. Maccha is a high-quality kind of tea because it is made from the first leaves of the year, nipped while they’re sill budding. Each leaf is carefully plucked by hand one at a time.

Tea bushes grow best in places with direct sunlight and on slopes that are well drained. However, in the plantations where the tea is to be made into maccha, reed screens and straw are placed on frames over the tea bushes to avoid direct sunlight.

Reducing the amount of light gives the leaves a greater depth of flavour. 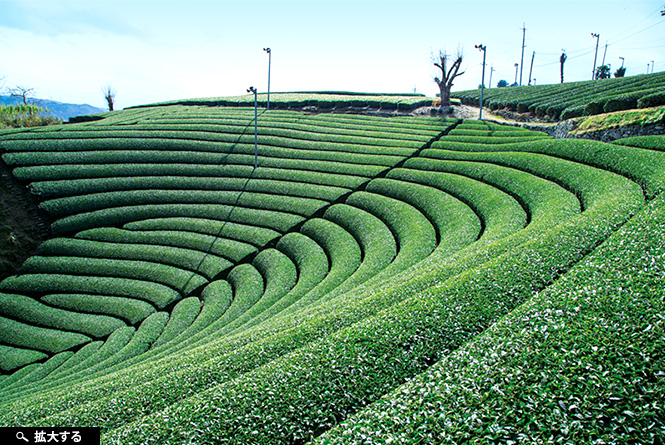 This method was developed during the Edo period to protect the tea bushes from frost damage in order to ensure that the shogun and his court would have a stable supply of high-quality tea.

Because maccha was considered so valuable, it was carried to the shogun’s capital in elaborate processions.

These days, maccha is no longer confined to the tea ceremony. Here is an array of desserts, all made with maccha.

The unique fragrance and flavour of green tea go well with dairy products, so it’s perfect as an ingredient in Western desserts. 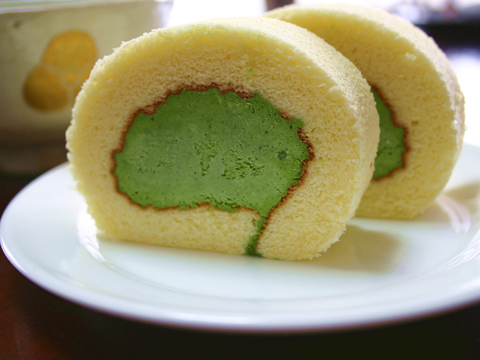 Because maccha is regarded as a healthy drink, and can be used as an ingredient in many types of food, today its popularity is gradually spreading around the world. 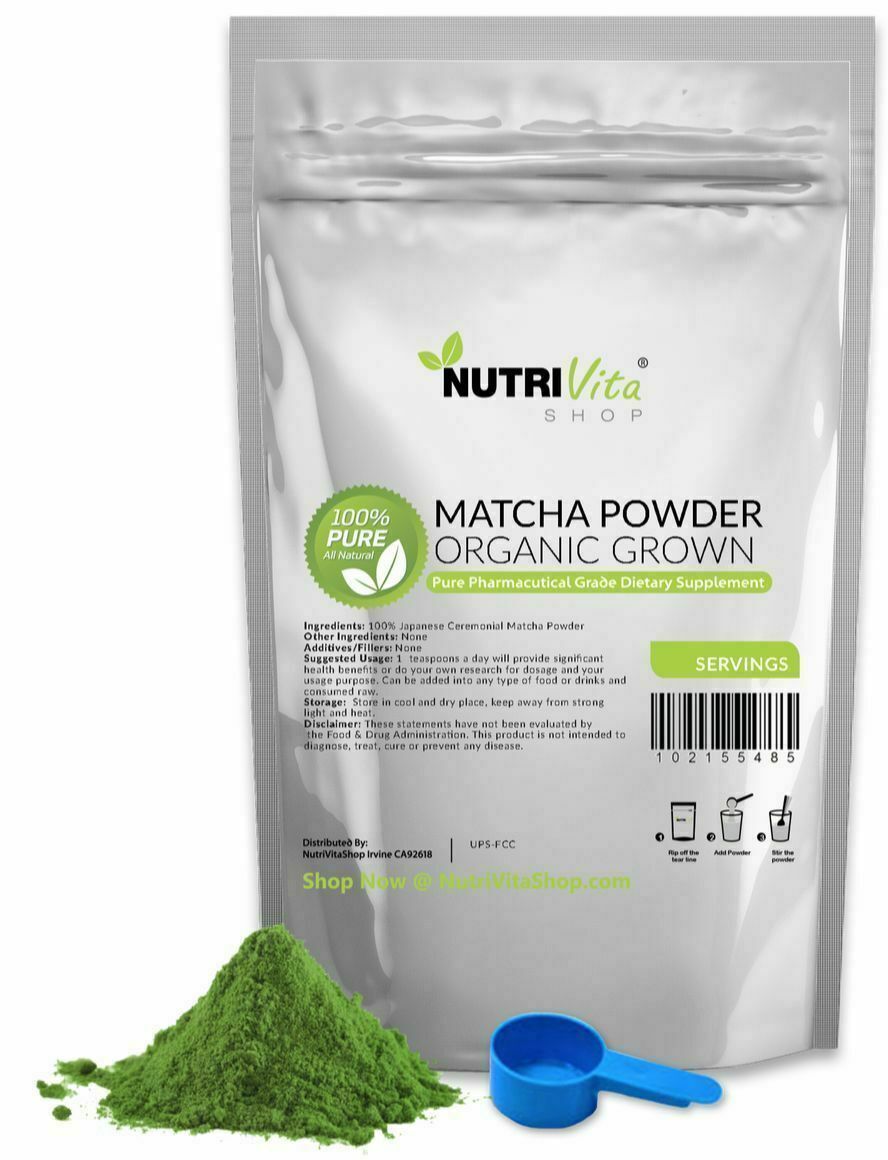 Why Tea has the health benefits so much?

The tradition of drinking tea to maintain good health goes a long way back.

In early Buddhist texts and Chinese manuals on healing herbs, the tea plant is consistently described as being a potent medicine for promoting good health and longevity, as well as keeping the mind alert and sharp and treating many ailments, from indigestion to the common cold.

In our modern society, we are learning that there is quite a bit of scientific evidence to support many of these ancient claims.

Medical and health care professionals agree that drinking tea has many benefits and is a healthy addition to any diet.

All types of tea, white, green, oolong and black, are beneficial, though research has shown that some types may contain higher levels of certain polyphenols than others.

For example, green tea is higher in catechins than black tea, though black tea contains theaflavins that green tea does not, due to the higher oxidation.

Ideally, one would try to consume a variety of teas to be able to reap the unique health benefits of each type.

Studies have shown that green tea is made of several main components that contribute to its character: catechins (texture), caffeine (bitterness), and theanine (flavor), as well as various vitamins and minerals.

Present in large quantities of green tea, catechins (including EGCG) are a type of polyphenol that is also a component of red wine.

Catechins also give green tea its signature texture, and as a potent antioxidant, hinders dangerous free radicals in the body.

Theanine helps to relieve the jittery effect that caffeine can sometimes produce in sensitive individuals.

This makes it a great alternative to coffee which not only has higher levels of caffeine, but does not contain theanine to regulate the unpleasant physical side effects.

These are the main research properties included in green tea. Green tea contains a well-balanced mix of these ingredients. 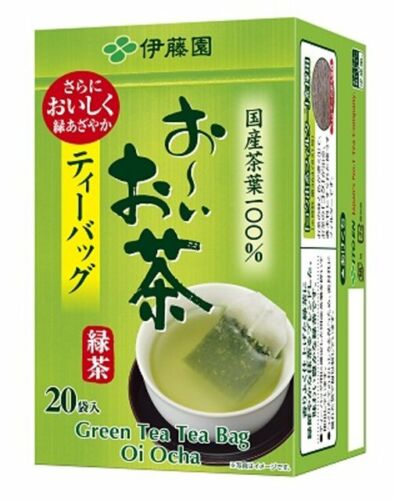 *Free radicals wreak havoc on normal cells in the human body, causing more rapid aging, as well as abnormal cell growth that can lead to cancer.

Antioxidants, like the catechins in green tea, fight free radicals and help to prevent cancer as well as promote more graceful aging.

Now that we fully understand how nutritional bevarage-Tea is, shall we enjoy your favorite tea today! 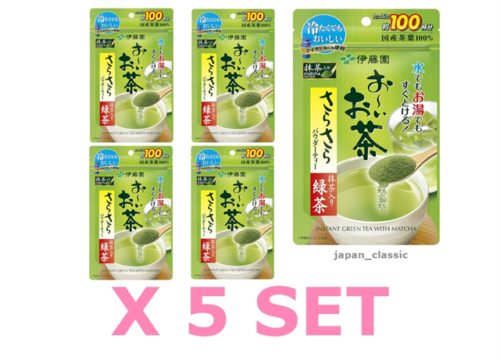 Finally, I’d like you to recommend to browse the blog, “Wagashi (Japanese Confectionary)” which goes well with “Ocha” when a tea time.