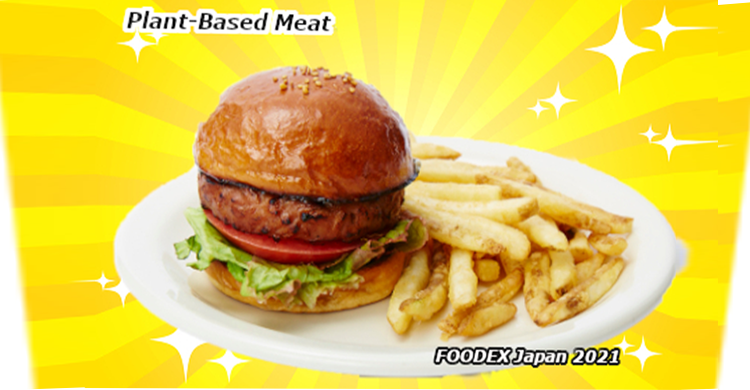 Hi how are you?   Today’s topic is as follows, 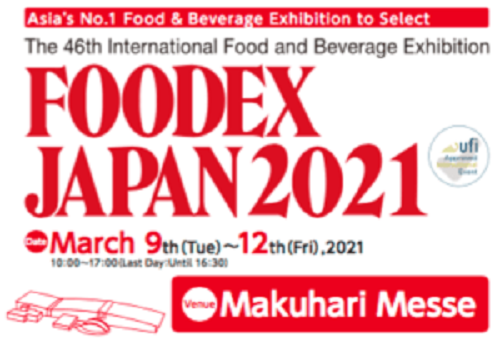 FOODEX JAPAN has been held since 1976, and aims to contribute to further developments in Asian food industry by providing all the latest information on “Food and Beverage”.

It creates tangible business meeting opportunities for both inbound and outbound.

This year, the 46th year of FOODEX JAPAN, 3,500 exhibitors from over 60 countries and regions all over the world, including food and beverage companies and trade companies, are scheduled to exhibit their products. 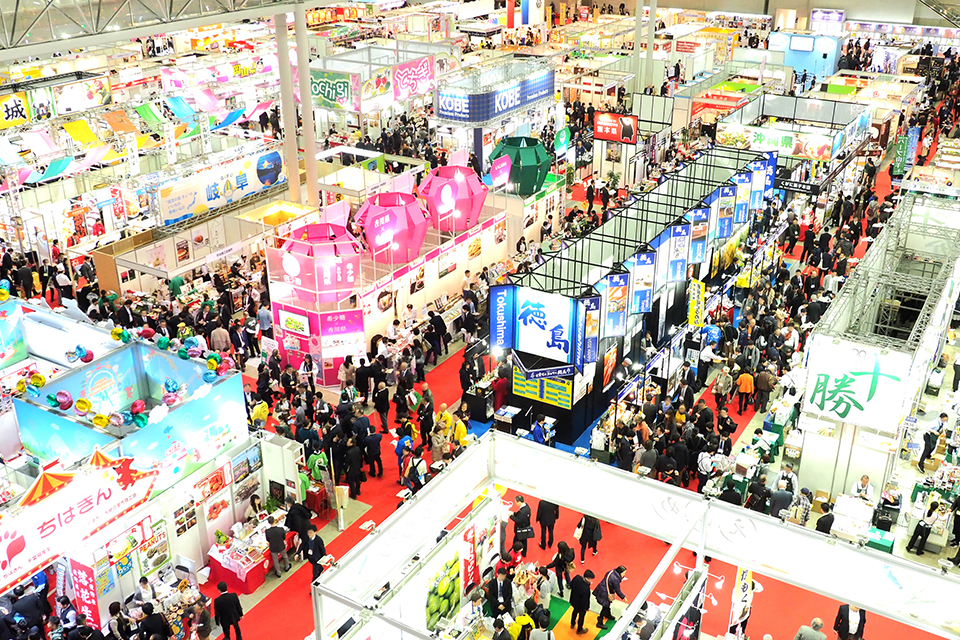 Around 30,000 buyers, including food service companies, distributors, and wholesalers, are expected to visit FOODEX JAPAN2021 during the exhibition period. 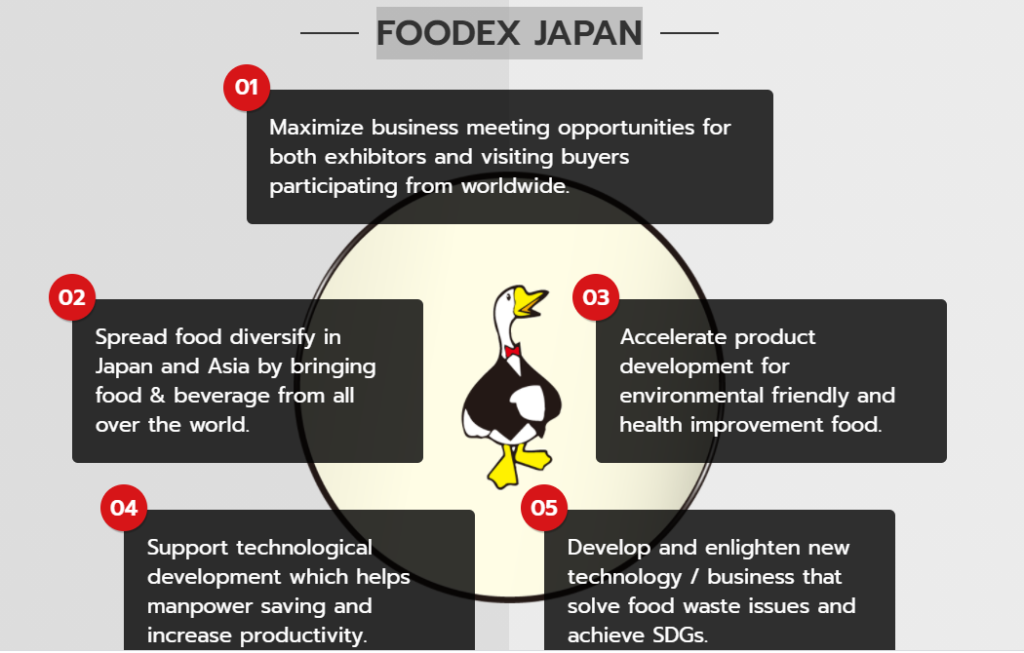 The next scientific revolution is underway now—discovering new ways to create enough food for the world’s ever-growing, ever-hungry populaton–that is “Alternative meat”.

What does “Alternative meat” mean?

As the world’s population continues to grow and food measures become urgent, meat substitutes is attracting attention as one of the solutions that meet the needs.

Currently, there are roughly two ways to solve this problem. 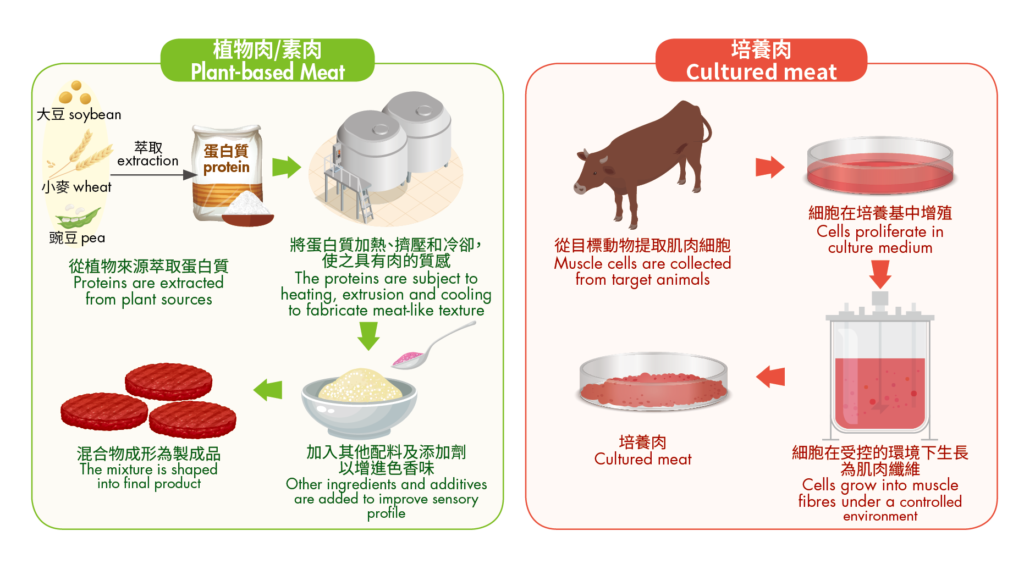 One is plant-based meat substitutes in response to growing demand for such foods, so some companies have already developed completely meatless substitutes and started selling.

A CEO at the company said he hoped to use his company’s expertise and network to expand the business.

And another is “Artificial meat” made by culturing cells collected from livestock such as cows and pigs. Cultured meat is also called “clean meat”, AKA cultured meat, lab-grown meat, in-vitro meat too. 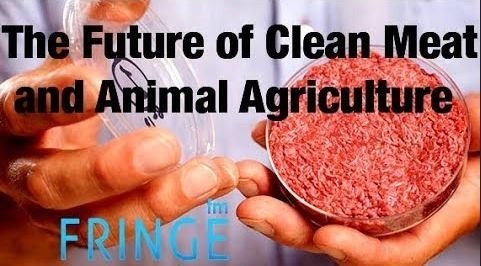 That’s because it can produce livestock-derived meat without slaughtering livestock.

According to proponents of farmed meat, clean meat is a name that emphasizes environmentally friendly properties.

Basically, it was made by culturing the muscle cells of animals in a specialized laboratory, as a technique is close to the culture of stem cells. 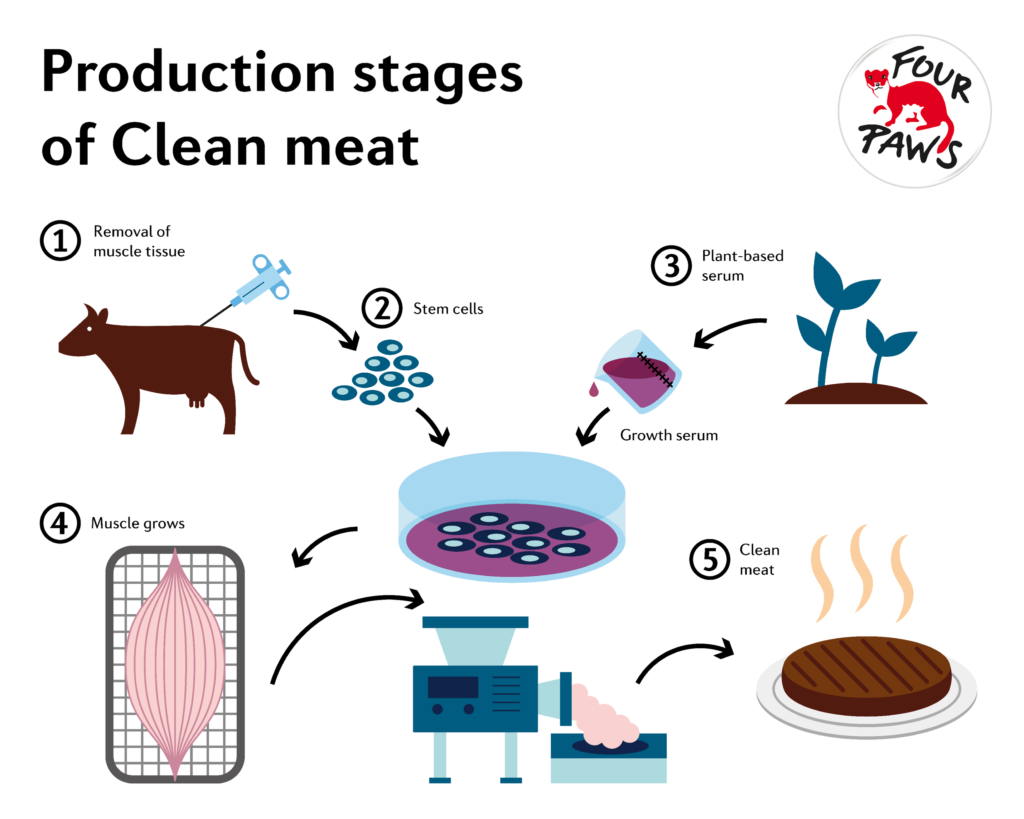 Clean meat isn’t science fiction. As you might know that the world’s first cultured hamburger was produced and eaten in 2013.

True, it cost $333,000, aided by funding from Google cofounder Sergey Brin, which was extravagantly expensive.

It’s been getting lower and lower, however, we don’t see any clean meat at the exhibition. 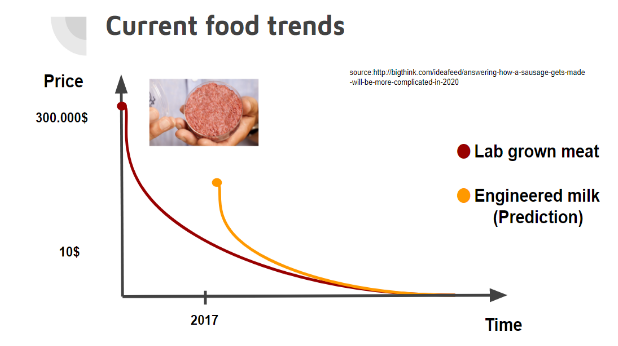 Therefore we talk about “Plant-based meat substitutes” this time.

Plant-based meat substitutes are popular among the health-conscious and animal lovers.

Meat substitutes are made from such materials as soy protein and vegetable extracts. 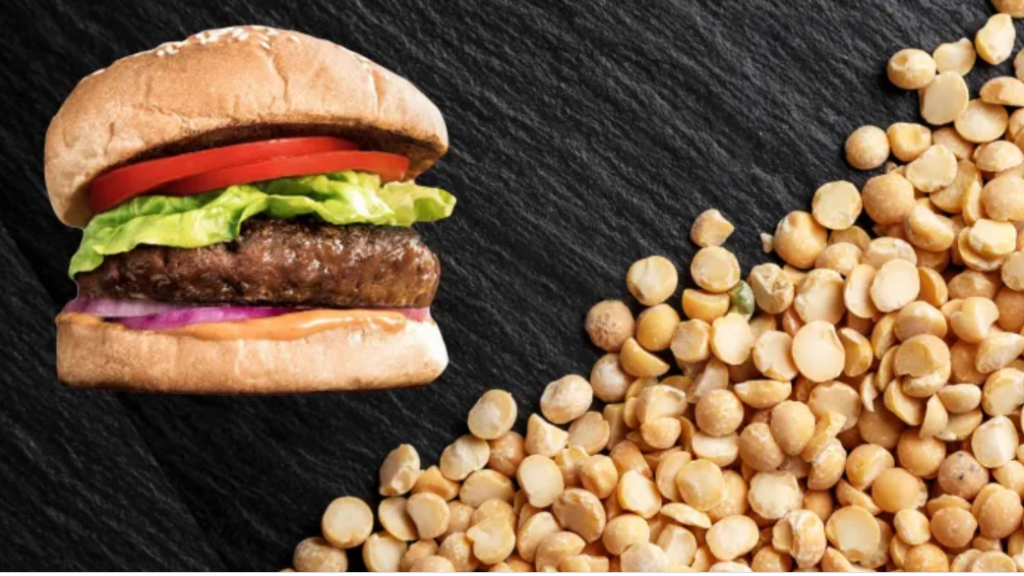 They are already available at major hamburger chains and supermarkets in US, and it’s not so many but it’s sold in Japan too.

One of the world’s biggest food compnaies, Nestle, for example already sells meat substitutes in Europe. It plans to introduce its products to the U.S.market later this year.

Plant-based meats are gaining popularity for their reduced impact on the environment. But are they actually healthier than meat? Not necessarily.

“Just because something says it’s plant-based doesn’t mean it’s healthy. So you do have to read the labels,” CBS News’ Dr. Tara Narula told “CBS This Morning.”

The first thing to pay attention to is what’s actually in them. Two of the most popular meat alternative companies are Impossible Burger and Beyond Burger which are available in 40,000 restaurants and grocery stores combined. 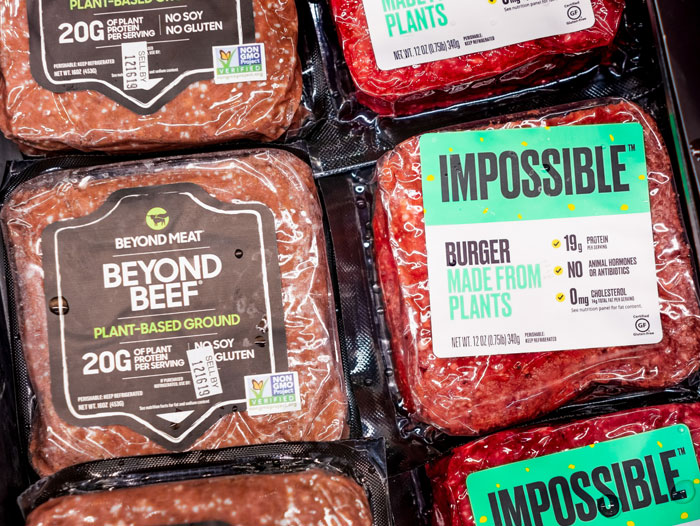 While they use relatively similar ingredients, they do differ in key components of their proteins.

The Beyond Burger is made with ingredients like peas, mung beans and rice while the Impossible Burger includes soy protein concentrate, coconut oil and sunflower oil.

One of the major differences, though, is that Impossible Burger claims they’ve discovered what makes meat tastes like meat and have recreated it.

It’s called heme, an iron-containing molecule that all animals and plants have. 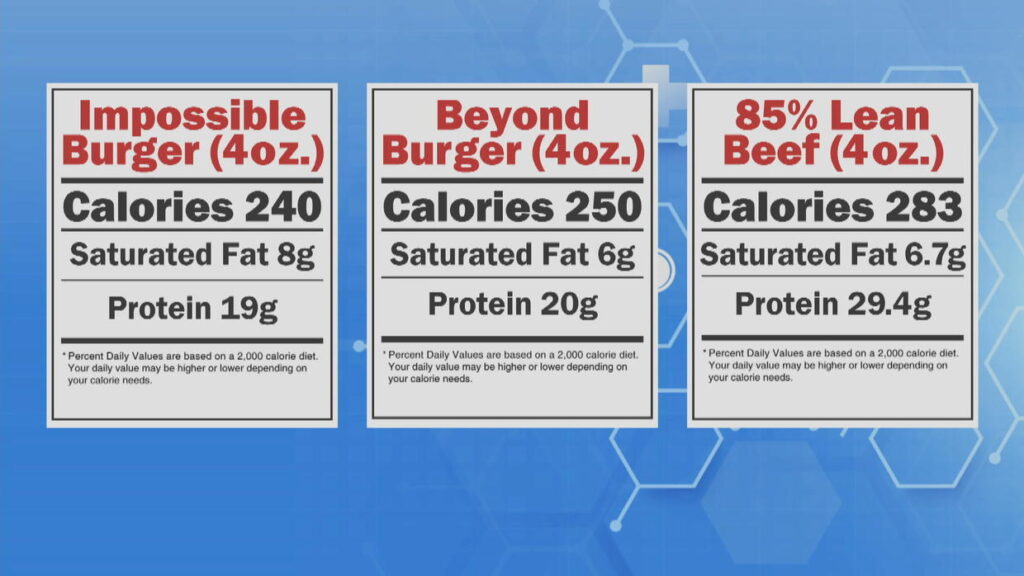 All that said, it doesn’t mean it’s necessarily healthier than meat. For example, the burgers are relatively similar in terms of calorie count with lean ground beef, Impossible Burger and Beyond Burger all clocking in around 250 calories per patty and 20 grams of protein.

The plant-based meat also has a fair amount of sodium and saturated fat.

“About 6 to 8 grams (saturated fat) and the recommendation is to have 13 per day,” Narula said. “So 6 to 8 is already a fair amount. And then they all have no cholesterol.

So, you know, they are relatively healthy. It’s not something you’d want to put in your diet every single day but you can build it in.”

Another interesting thing to note about these plant-based proteins: They’re marketing to meat-eaters – not vegetarians. 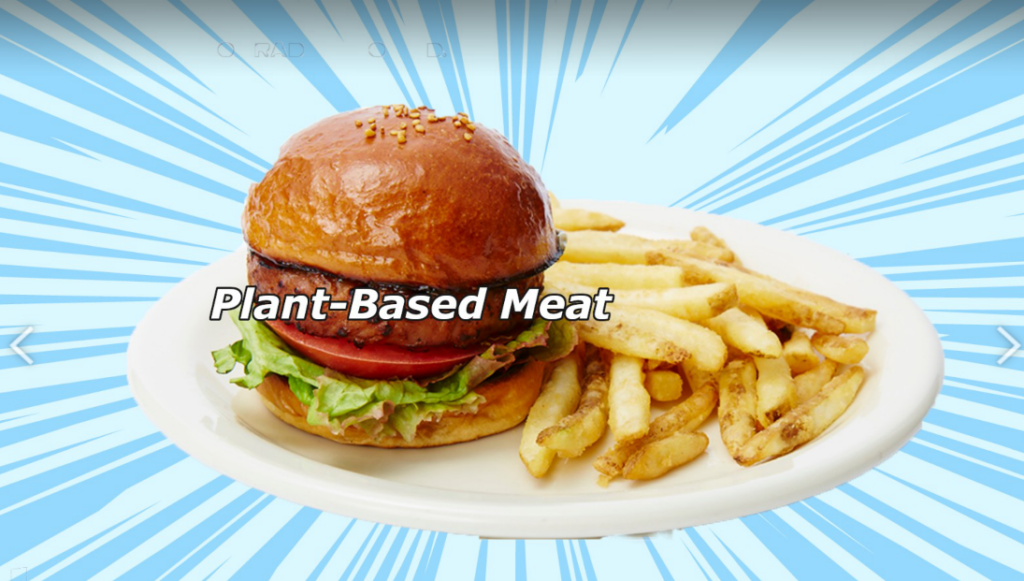 In the near future, the era of travel to Mars and space is just around the corner, which will require artificial meat.

And the food crisis that accompanies the explosive growth of the planet’s population is just around the corner.

There are many problems such as global warming and a vicious cycle to the environment associated with raising livestock, and we cannot help but hope for the spread of meat substitutes.

And I hope that the day will come as soon as possible to reflect on the fact that people in the old days were doing barbaric things like killing and eating animals.

Finally, we have “Washoku (Japanese authentic cuisine) (Introduction)” to be well-worth visiting,