ホーム » What’s the difference between “Shrine” and “Temple”? 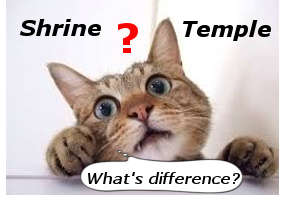 Hello  Messrs. ＆ Mses. Japanophiles,  how are you?

Today’s topic is about Shrine and Temple, both of which are the most typical “Cool Japan” items.

It may sound odd, we Japanese have seemed to lose religious mind recently, if we compare to the prewar days, but we like to celebrate event related to the religion.

How many shrines and temples are there in Japan ?

There are about 88,000 shrines and 77,000 temples, which means 165,000 approximately in total in Japan. It may sound odd or strangely, although there are many shrines and temples throughout the country, most Japanese people in religion seem to have no faith and are indifferent to any religions.

If you ask a Japanese person, for example, ” What religion do you believe in?”, they probably reply to you that “I am an atheist”, “I don’t believe in the existence of god” or “I’m not interested in god” and like that.

Although Japanese people are generally agnostic, they go to the shrine or temple on New year’s day to pray for making a wish with joining both hands together in front of the chest and asking healthy and prosperous new year, and after that, they buy amulets or charms to ward off evils、and to consult an oracle as seen the below picture.

And on Obon festival (Obon is an event to worship the spirits of ancestors), we visit family grave in the precinct of the temple to pay respect to ancestors around the middle of July or August, nevertheless we are not strict Buddhist. 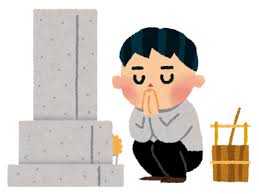 In addtion, on Valentine’s Day girls present chocolates to their favorite boy friends, a frolic festival masqurading on the day of Halloween,  and on Christmas Day we celebrate ourselves with family by drinking sparkling wines like Champagne with turkey, under the name of Christmas festival even though we have nothing to do with Christianity.

Moreover, young couples tend to hold wedding ceremonies at church and we usually hold funerals at the funeral parlor or the temple under the sutra of the Buddhist priest. 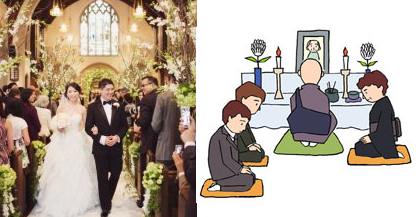 Why the Japanese are irreligion ?

In the otherside, however, Japanese people are generally polite and observe the proprieties, and also use honorific expressions in daily life, we wonder why ?

Since the early days of birth of Japan, the Japanese have relied on the nature of god and then Buddhism was introduced here from India through China around 6th century.

At that time, Japan was unstable politically and raging, people were living in anxiety. So Buddhism was the only God of salvation。 Consequently most people believed in Buddhism for a long time.

The arrival of Christianity is around the 16th century and few people followed it. Then Islamism came here around the late of 19th century.

Generally speaking, the Japanese have a tendency to be away the religious sects who have the founder of the religion, like Gautama Buddha for Buddhism, Jesus Christ for christian religion、and Muhammad for Islamism.

Frankly, I don’t know whether we can define Confucianism from China as one of the religions, but we can’t deny the fact that we Japanese have been well influenced by Confucianism, that has basically led to the good manners such as decorum, courtesy, bowing as a sign of respect or greeting, and respectablility to the aged.

From these elements, we can definitely say that the Japanese are in a way atheists, and/or irreligion persons, and we rather believe in the nature than the authentic religions.

This is my personal case, though I have both the Shinto altar to offer water and salt in prayer and family Buddhist altar at home to pray while offering water and incense every morning, at the same time, I pray the god of universe, calling for the universe energy.

What’s difference between Shrine and Temple ?

Basically, Shinto Deity live in the Shrine and meanwhile the Temple is the place where monks live and study doctrines. From the appearance, there is a Torii(gate) at the entrance of the shrine as shown below

and there are graves and Buddhist statues at the temple, shown below, 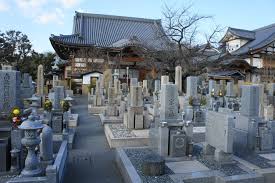 But we had once,  we have been the  syncretization of Shinto and Buddhism since ancient times as below picture, from which you see the Torii gate from Shinto and Pagoda from Buddhism together in the same place.

No. 2 example, A Buddhist pagoda (a Yakushi-dō  at Tsurugaoka Hachiman-gū shrine in Kamakura before the shinbutsu bunri (the separation of Shinto from Buddhism)  as follows below, 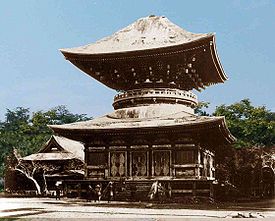 Here’s an explanation of the syncretism of Shinto and Buddhism to the following article, Itsukushima Shrine, click here please.

How your wishes come true at the shrine ?

Deep amid the trees stands a cluster of buildings of quiet dignity-a shrine. Shrines are dedicated to the deities of Shinto, Japan’s ancient religion.

People visit shrine on important occasions to make wishes and to offer thankfulness. Shrines take various forms in different locations, and they are home to many different deities. People choose shrines that match their needs and pray to specific deities.

Once you pass under the Torii gate, you are in a secred area. The approach to a shrine is used by the deity, so it’s considered proper etiquette for visitors to avoid walking in the middle so as not to get in the way of the deity.

As you proceed, you will come to a purification basin. Before presenting yourself to the deity, you’re supposed to clense your hands and mouth to get rid of impurities. 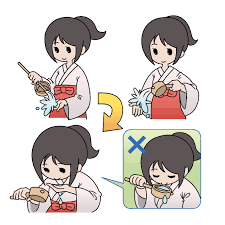 Up ahead is the hall of worship. This is where you offer prayers to the deity. Ringing the bell is said to summon the deity and to restore your innocence. 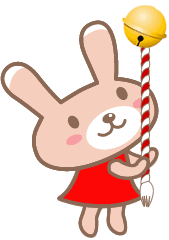 And  you make an offering of money into a offertory box before worshipping.

The most common way to worship is to bow twice and then clap twice. Then you pray in silence, and you bow one more time at the end.

A shrine is a place where you can offer up a prayer and purify your body and soul, so that you can get on with your daily life feeling refreshed and renewed.

A Buddhist temple is the place of laughing for Buddhists, the followers of Buddhism. They include the structures called vihara, stupa, wat and pagoda in different regions and languages. 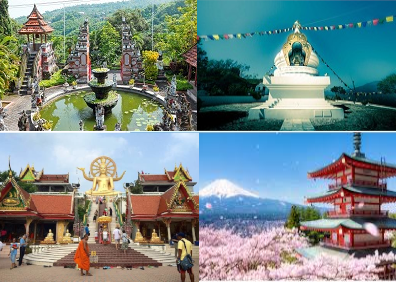 Temples in Buddhism represent the pure land or pure environment of a Buddha. Traditional Buddhist temples are designed to inspire inner and outer peace.Its structure and architecture varies from region to region. Usually, the temple consists not only of its buildings, but also the surrounding environment. The Buddhist temples are designed to symbolize 5 elements: Fire, Air, Earth, Water, and Wisdom. 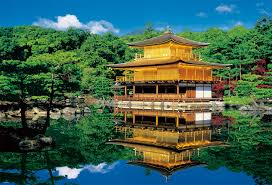 Above is Buddhist temple of Kinkaku-ji in Kyoto, declared a World Heritage Site by UNESCO.